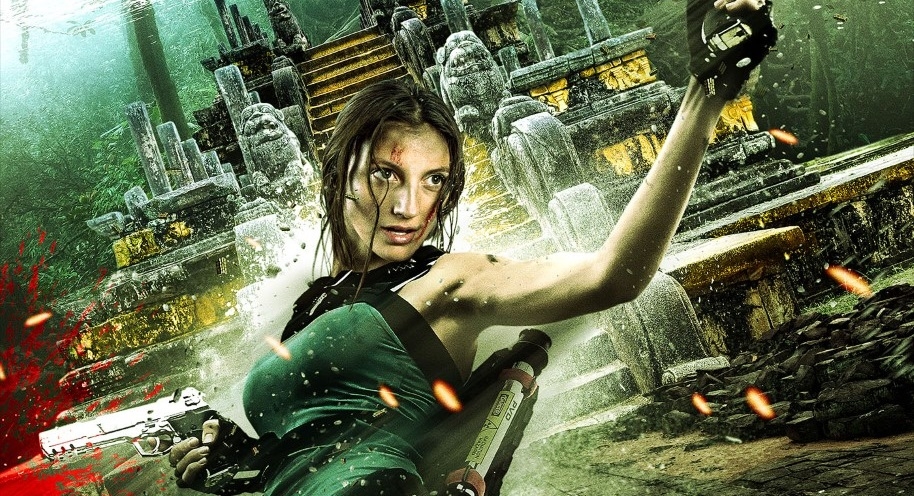 Tomb Invader is an entertaining low budget riff on the Lara Croft movies but it still isn’t anywhere near as good and really only exists to fool unsuspecting Redbox customers.

Plot: Archaeologist, Alabama Channing, is recruited by a mysterious billionaire to help find an ancient Chinese relic. The same treasure that her mother was in search of before she went missing.

Review: I was recently sitting in my car in front of a 7-11 and I observed up close a family that approached a Redbox, where they all had different choices of which movie they were going to rent for the night. The wife and daughter were interested in Bohemian Rhapsody and Five Feet Apart, while the son was interested in How to Train Your Dragon 3. But it was the father’s choice that got my attention: He noticed that the kiosk had The Adventures of Aladdin, which he most likely thought was the new Disney movie, starring Will Smith. He was insistent on his choice, not realizing that he was about to check out a knockoff from exploitation studio The Asylum, which in over ten years has produced ultra schlock that has ripped off every blockbuster from Pacific Rim (theirs was Atlantic Rim), Transformers (theirs: Transmorphers), and John Carter (theirs: John Carter of Mars or A Princess of Mars depending on their re-release). Every time there’s a new Three Musketeers, Sinbad, or King Arthur, they have their own timely release with a similar title. It’s clever, and they’ve made a profitable business fooling unsuspecting, gullible purveyors of rentals. I’m a sucker for this type of marketing, simply because I like cruddy rip offs, and I’ve enjoyed some of The Asylum’s releases over the years.

I like some of their end of the world apocalyptic-type disaster movies, and so I was more than happy to plunge into their film Tomb Invader, which was produced to riff the big budget Warner Brothers Tomb Raider last year. The DVD was just released, and I watched it, seeing clear homages to Raiders of the Lost Ark and The Mummy: Tomb of the Dragon Emperor. The lead hero is a Lara Croft-type named Alabama “Ally” Channing (played by Gina Vitori), and by day she’s an archaeology professor (kinda young, but whatever). Her mother died 20 years previously in a Chinese tomb searching for a priceless treasure known as The Heart of the Dragon. Time has passed and Ally assembles a team to go to China to pick up where her mom left off (echoes of Indiana Jones and the Last Crusade), and they’re met by resistant Chinese soldiers, and an iffy benefactor, who clearly is going to turn against the team. The climax has a terra cotta warrior coming to life for a limp action sequence, and Ally wins the day.

Did I like Tomb Invader? Meh, sort of. I like what it was going for. It’s mostly watery dialogue between uninteresting characters. Ally herself is never fleshed out. The villain was barely sketched out and was halfheartedly offered. The score was decent, and some of the digital effects were pretty good for a crummy, low budget film. Which all begs the question of why The Asylum bothered? Isn’t it obvious: Because that guy at the Redbox is bound to confuse it with that other movie we all know is better. You’ve gotta hand it to The Asylum. They play a good game. From director James H. Thomas. 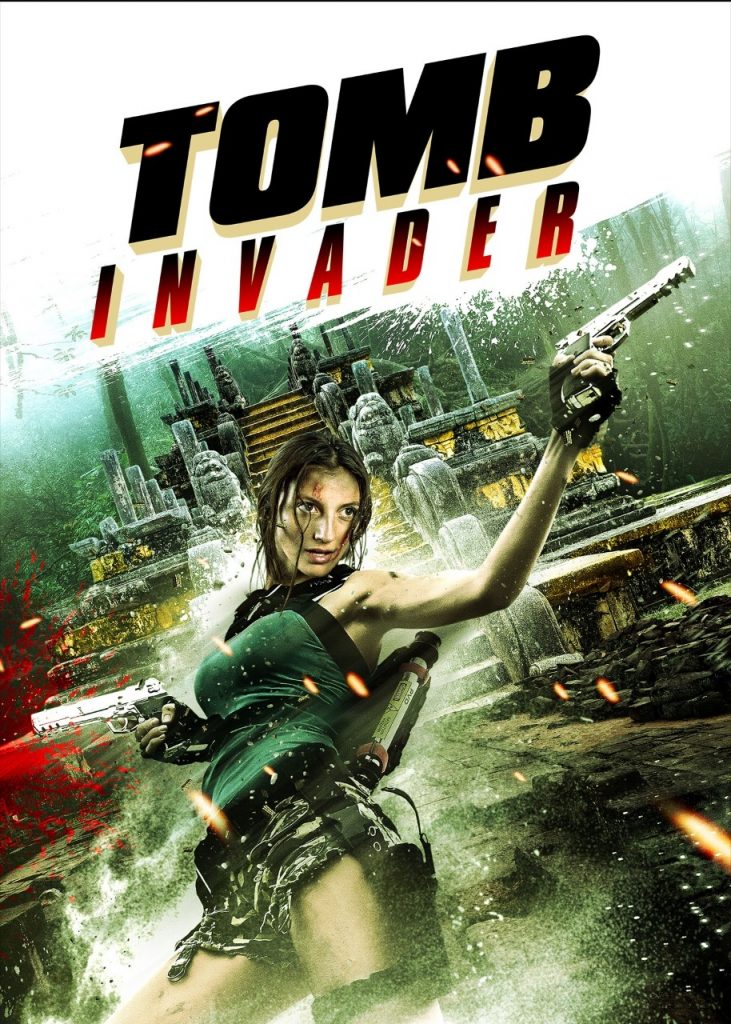