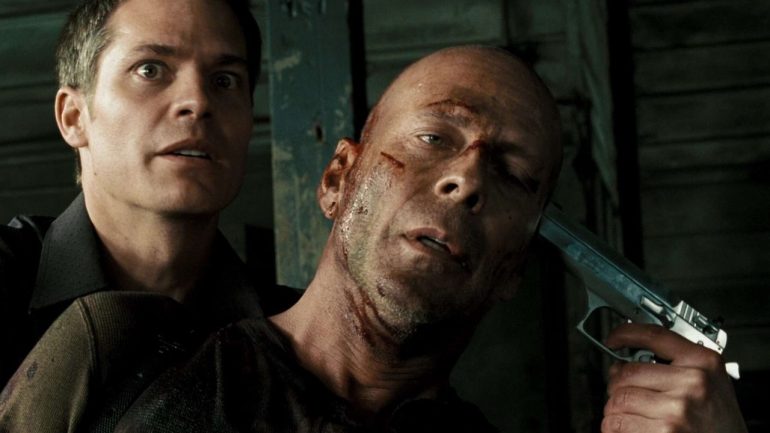 Computers and cybersecurity have become an essential part of our everyday lives. It is not surprising that Hollywood got interested in the topic of hacking too. Indeed, hackers seem way more exciting on the big screen than in reality, but there are some pretty accurate details shown in these movies.

While we explore fictional hackers, keep in mind that real-life cybercriminals are always lurking on the net. If you plan on streaming any of these movies, make sure you use an antivirus or connect to a VPN server (https://nordvpn.com/servers/). A VPN server can also unlock titles that might not be available in your part of the world.

So here is the list of the six best hacking movies of all time!

The Matrix is the movie that changed everything. The breathtaking visuals, never seen before effects (bullet-time, anyone?), and the aesthetics inspired a whole generation. The plot follows Thomas Anderson (Keanu Reeves), also known as Neo, in online circles, as he uncovers the truth about his world. Anderson is searching for a fellow hacker named Morpheus (Laurence Fishburne), hoping he could give him some answers. Neo’s life is turned upside down when he realizes that Morpheus has been looking for him as well.

Hackers was probably the first movie that introduced the internet and hacker culture to the Millennials. The flick follows a group of young hackers who are incredibly smart and love a good challenge. They are also typical bored teenagers who hack for fun. Yet, they join their forces for the greater good and do the right thing. This movie might seem campy and cheesy right now. Some of the effects are outdated, but it is still a super fun watch because it encapsulates the Hollywood idea of hackers in the 90s.

While it might not be a movie that is all about hacking, it drives the plot from the very beginning. Lisbeth Salander (Rooney Mara), the titular character, is a hacker who works with Mikael Blomkvist (Daniel Craig), a journalist. These two are an unlikely team. But, Salander’s computer skills and Blomkvist’s desire to get to the truth create fantastic chemistry. Together they tackle a cold case and crack it right open.

Independence Day is one of the 1990s classics that is somewhat nostalgic right now. The global alien attack is the movie’s primary focus. But there is one quick-thinking computer geek who saves the world. David Levinson (Jeff Goldblum) comes up with an idea to use malware to infect the alien mothership. Captain Steven Hiller (Will Smith) helps Levinson bring his plan to life and defeat the alien invaders.

Often referred to as the first hacker movie, WarGames is ambitious and innovative. The plot is a bit exaggerated, but it was the 1980s, and not everyone was familiar with computers. David Lightman (Matthew Broderick) is a regular high schooler interested in technology and some light hacking. However, he gains access to NORAD by mistake, almost causing a nuclear catastrophe and a war with the Soviet Union.

John McClane (Bruse Willis) faced enemies of all kinds in Die Hard movies, but the fourth installment of the series introduces a dangerous cyber-terrorist. McClane needs to find the hacker who created the original code and stop the evil mastermind behind the cyber-terrorist attacks. It is an exciting thriller that will keep you on your toes the whole time.