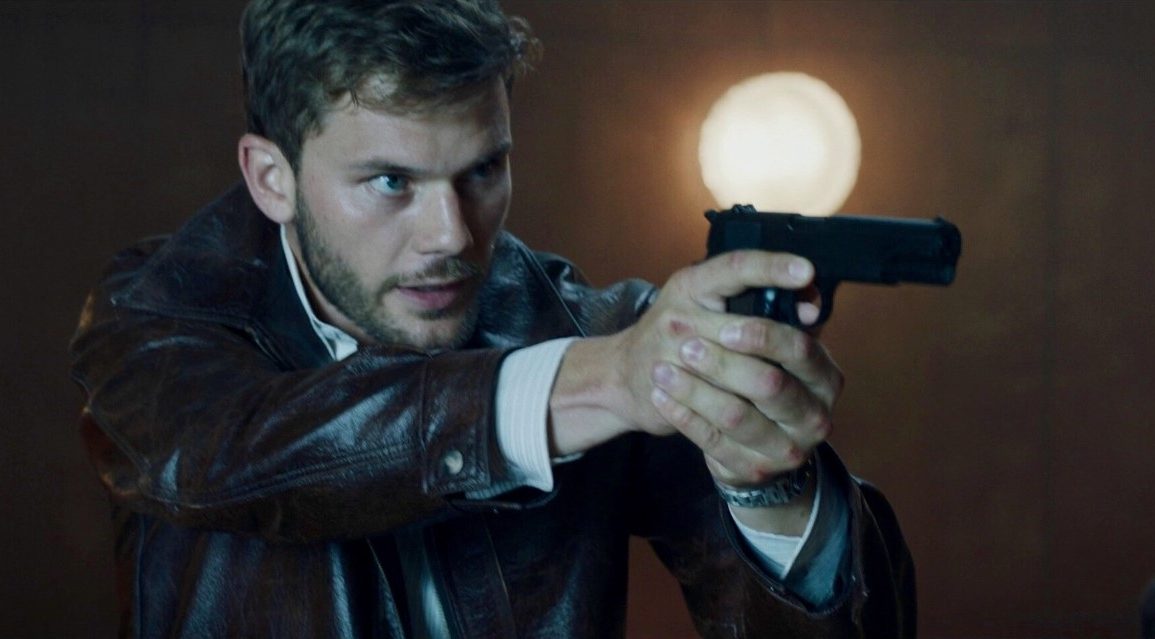 Another surprise hit for USA Network and a gripping spy adventure for both Bourne Identity fans and non-fans alike!

Plot: Treadstone explores the origin story and present-day actions of a CIA black ops covert program known that uses behavior-mod protocol to turn recruits into near-superhuman assassins. Following sleeper agents across the globe as they’re mysteriously awakened to resume their deadly missions, the stow chronicle the many assassins’ personas, erased memories and their moral code, all while a mysterious Cold War program called the “Stiletto Six” is reawakened.

Review: The series explores Treadstone’s legacy and begins in an East Berlin incident that transpires in 1973. It involves John Bentley (Jeremy Irvine, War Horse), one of the program’s leading agents, who escapes his Soviet captors. The story then zooms to the present day, following a group of assets being activated by force or awakened after a moment of high tension. Set in the same universe as the movies and being rather similar to the spin-off film, The Bourne Legacy, this series will still primarily appeal to spy movie/TV completists as well as non-fans of the straightforwardly complex action variety.

We’ve had other stellar spy TV viewing prior from The Equalizer and 24 to The Unit and Spooks. Lately, we’ve been having even more CIA-special forces collabs, period settings and spy-turned-vigilante type programming like Person of Interest, Nikita, The Americans, Blindspot, Homeland, Human Target, The Player, Legends, The Enemy Within, Traitors, Berlin Station, SEAL Team and Deep State, as well as the on-going Strike Back and Jack Ryan series. We’ve even had spy elements configure into other action/dramas that non-viewers would be surprised to know incorporate such material like Prison Break, Crossing Lines, Madam Secretary, Designated Survivor and even NCIS. There’s even been some downright fun spy comedies like Chuck, Burn Notice and the criminally cancelled Whiskey Cavalier. Last to compare is the prequel two-season series of the popular Taken film franchise.

So if you’re a fan of the genre or the previous films/books, will you find this equally worthwhile escapism? If you don’t give a flip about any of that prior stuff, will you still find it a worthwhile diversion? Long story short: yes. The narrative approach has much of the same looming mystery every show has nowadays; the kind that won’t make sense right away but which will make you want to stay tuned to put the pieces together. The visual look and editing is similar yet different from the films so we shouldn’t even be having the endless discussions on what camera angles we can or can’t see this go-around- with some of the fights even feeling similarly styled edited like the Kingsmen and Equalizer films, minus the superhuman aspect. And unlike other overrated TV spin-offs like Agents of S.H.I.E.L.D., this show doesn’t feel the need to make a huge deal about co-existing with the other franchise installments and instead focuses on being its own deal while making everyone happy. Fans of the novels might even embrace this more given the Cold War settings and welcome mystery focus that shifts around at times especially since Bentley guy is much like Bourne where he was a soldier in ‘Nam who now commits brain-washed kills for the government.

Tim Kring and his writing crew have often worked on every kind if multi-character arc, from dramas like Crossing Jordan to supernatural shows like Heroes and Touch, and while some of those divided their audiences the longer they ran on, he always came off as having both intelligence and a lovely imagination. And here he was entirely in his element with a solid mix of intrigue and emotional journeys in the form of a  spy adventure. The TV-MA rating while not unjustified was rather mild as all the content could easily be PG-13 as each episode has brief blood and 2 to 4 infrequent f-bombs so you can’t give it a hard TV-14 even if you wanted to. The cast of unknowns all were instantly believable at playing the various activated assassins, and having the cast be led by crime/sci-fi regulars Michelle Forbes and Michael Gaston was lovely too.