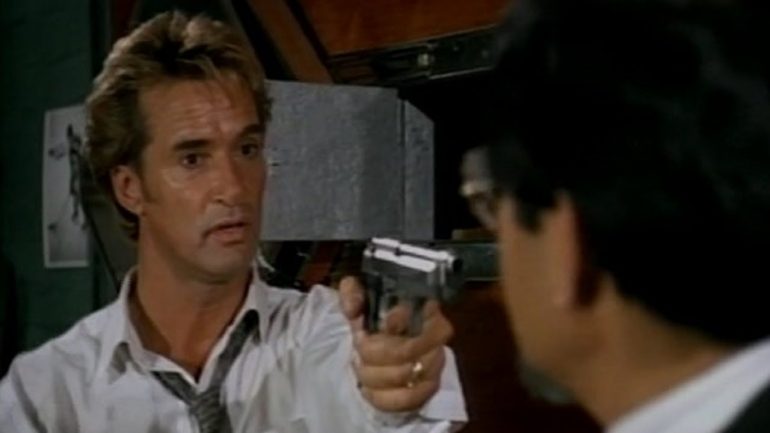 Richard Norton makes any movie awesome and Under the Gun is no different; he and Kathy Long steal the show and it has plenty of action leading up to a satisfying finale.

Plot: A debt-ridden night club owner has to take on Italian and Asian mobsters, corrupt police, and an angry pimp that he threw out of the club to try to keep his club in business.

Review: This is one I didn’t know about until just a few months ago so I finally got a chance to watch it recently and figured I would do a review.

Both Richard Norton and Kathy Long steal this film, both have personality and charm about them and the rest of the cast does a fine job with what they’re given.

The action is pretty good; there’s some impressive fight scenes throughout showcasing both Norton and Long’s abilities as fighters, and it’s well shot. However, my favorite is the ending which is very much inspired by John Woo, and although it’s not quite as stylish, it’s still well done and satisfying.

The story is nothing to write home about, but it serves its purpose so that’s all you can ask for at this point.

It moves along at a decent pace, and is never boring keeping you engaged for the brisk runtime.

Sometimes it does feel very disjointed especially at the beginning and the villains are nothing special; they aren’t terrible, but not too memorable either.

Overall, Under the Gun is an entertaining action film that has 2 good leads, has some impressive action, and moves at a decent pace. I’d definitely recommend it