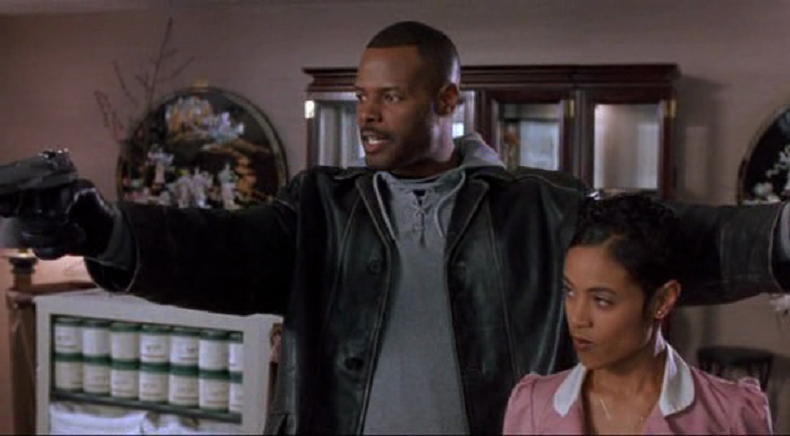 Plot: An ex-cop, now a private detective, takes on the search for the millions stolen by a drug lord.

Here’s another movie that went under the radar when it came out which sucks because it deserved to do a lot better than it did, and since it’s celebrating its 25th Anniversary, I figured I’d give it some love.

This is a lot of fun to watch; the blending of action and comedy is very well done and doesn’t feel out of place at all.

I wish Keenan Ivory Wayans did more action films after the 3 he did, because he had the charisma to pull that off in all 3 films; Jada Pinkett Smith gets some of the funniest moments, but also gets in on the action in the end which was exciting to see. Andrew Divoff as always plays a great villain (which he’s proved in plenty of films before and after this film.), and the rest of the cast is also solid.

The action was a big surprise when I first watched this years ago, as I wasn’t sure how Wayans was gonna handle it, but he pulled it off, especially at the end.

While the story was nothing original, it serves its purpose, and is pretty decent.

Overall, A Low Down Dirty Shame is a fun action comedy that has a great cast, some entertaining action, is well directed by Keenan Ivory Wayans, has a decent story, and moves at a good pace. I’d definitely recommend this if you haven’t seen it!