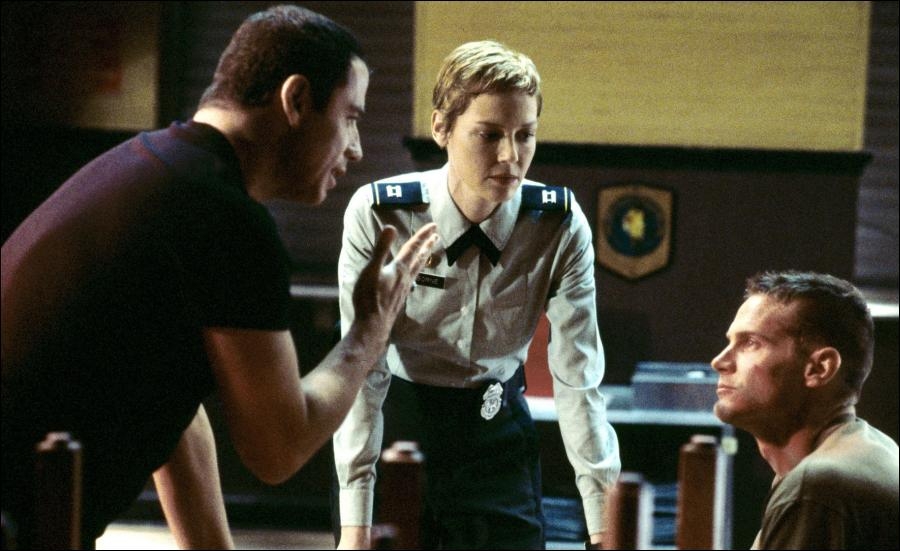 Plot: A D.E.A. Agent investigates the disappearance of a legendary Army Ranger Drill Sergeant and several of his cadets during a training exercise gone severely awry.

I haven’t seen Basic in a long time; now I’ll admit this isn’t really an all-out action film, but more of a thriller; nevertheless I figured I’d give it a rewatch to see if it holds up at all.

I’ve gotta say this is easily one of my personal favorite films from John McTiernan; obviously it’s not better than some of his classic films like Predator, Die Hard, The Hunt for Red October, and even Last Action Hero, but this comes pretty close.

The cast in this is stellar; most of them do a solid job overall, with the standouts in particular being John Travolta and Connie Nielsen.

There’s some great tension throughout the film that has twists that for the most part are well done, albeit a bit convoluted but fun regardless.

The action that is there is well done, but don’t expect a lot as like I said before, that’s not the primary focus of the film.

McTiernan’s direction is great and his use of editing particularly in certain scenes helps build the tension without coming off as being forced.

Overall, Basic is easily one of John McTiernan’s most underrated films; it has a great cast, is well directed by McTiernan, has an unpredictable story and moves at a pretty decent pace.