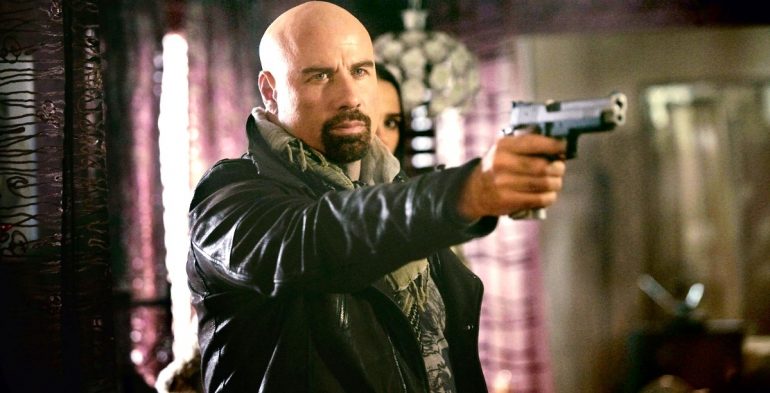 Plot: James Reese (Jonathan Rhys Meyers) has a good job as an ambassador’s aid in France, but his real passion is a side gig, working in a minor role in the CIA. He would love to be a full-fledged agent and can’t believe his luck when he lands an assignment with Charlie Wax (John Travolta). Trigger-happy Charlie soon has James crying for his desk job, but when he learns that the same guys they’re trying to catch are after him, James realizes that Charlie may be his only hope of survival.

This is a very underrated action film that unfortunately went under the radar when it was released.

What I love about this film is John Travolta; he is having a blast playing his character Charlie Wax. It’s so much fun to watch him play him and I wish he was given another chance, but unfortunately the movie bombed at the box office, so that won’t happen any time soon.

Jonathan Rhys-Meyers is also solid as Reese, whose character is likable and is a good counter to Wax in every shape or form.

The action is very well done, and very satisfying with my favorite set-piece being the restaurant scene, which is quick and to the point, which I always enjoy. This was from Pierre Morel, who had also directed Taken at the time, and while I still like that film, this is my personal favorite from him to date.

In closing, this is one that you should check out, if you haven’t seen it. This is was easily one of my favorite action films of this decade, and I kick myself for not seeing this in the theater at the time.