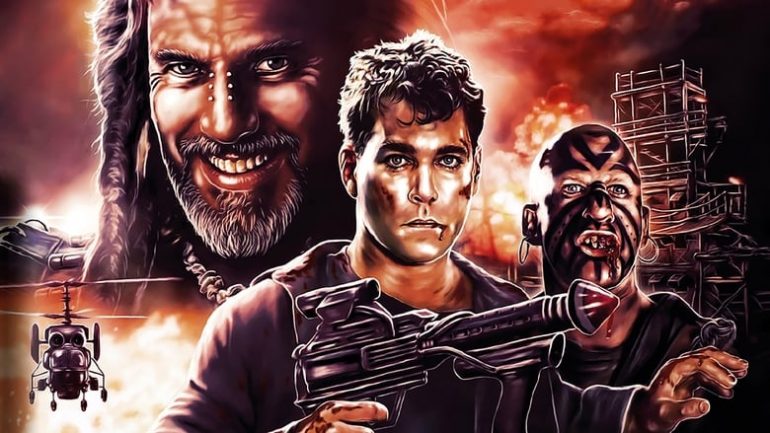 Plot: A soldier convicted for murdering his commanding officer is dumped and left to die on a prison island inhabited by two camps of convicts.

Here’s one that seemed to fall under the radar despite the well known cast and accomplished director at the helm, which is a shame as I think No Escape is still a great action film that took a similar concept form another 90’s film but managed to make it its own.

Everyone in this cast nails their roles whether it’s Ray Liotta whose character is an antihero but isn’t overly cliché like how some actors would portray him, Lance Henriksen as the peace-loving father, Ernie Hudson as Henriksen’s second in command, and especially Stuart Wilson who is clearly having fun here playing our villain.

The story is very intriguing, and gets quite unpredictable as to what might happen next.

The action as expected from Martin Campbell is well shot, particularly during the ambush scene with the outsiders attacking the insiders camp.

It’s incredibly well directed by Campbell, who shows here how he’s not only capable of crafting solid action scenes, but also have a sense of pacing without feeling overlong.

To me, No Escape is one that should be talked about more, not only cause of the great cast it assembles, but it also showcased how Martin Campbell eventually got Goldeneye which he deserved. If you haven’t seen it, definitely check it out, you won’t regret it!