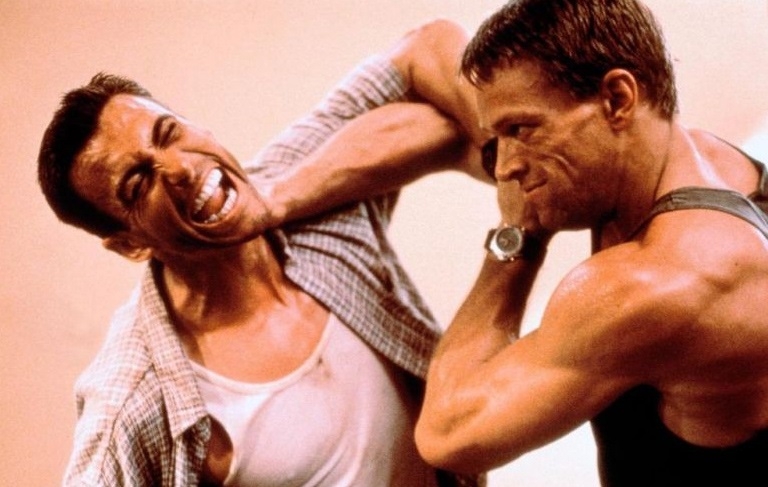 Here’s one that I haven’t seen in a long time, but have been wanting to rewatch it to see if it holds up, and it definitely does!

Daniel Bernhardt proves not only with this film, but also with True Vengeance that he should’ve been given a chance at starring in a film that would’ve gone to theaters, though not to complain considering the roles he’s gotten over the years. Jim Pirri also shines here as the local police captain who has to put aside his differences with our lead in order to survive.

Both Robert Englund and Brian Thompson are fun villains; this might be my favorite performance from Thompson, possibly tied with Cobra, but I’ll have to think about that.

The story is solid even if it’s one that we’ve seen before; it still knows what it is and goes for it!

The action is very well done, particularly the opening bar fight and the final set piece which are the highlights. What’s interesting about the fights was that the choreographer was Chad Stahelski (who we all know is the director of the John Wick films.)

It’s capably directed by Sheldon Lettich, who made what’s still my favorite Van Damme Direct to video film The Order.

My only issue is while the score wasn’t bad by David Michael Frank, it’s not particularly memorable as ones like Marked for Death or Showdown in Little Tokyo, but that’s it.

Overall, I feel Perfect Target is an underrated film that has a good cast, some well done action, a familiar but solid story, and is adequately directed by Sheldon Lettich. I definitely recommend it if you haven’t seen this one, you won’t regret it!