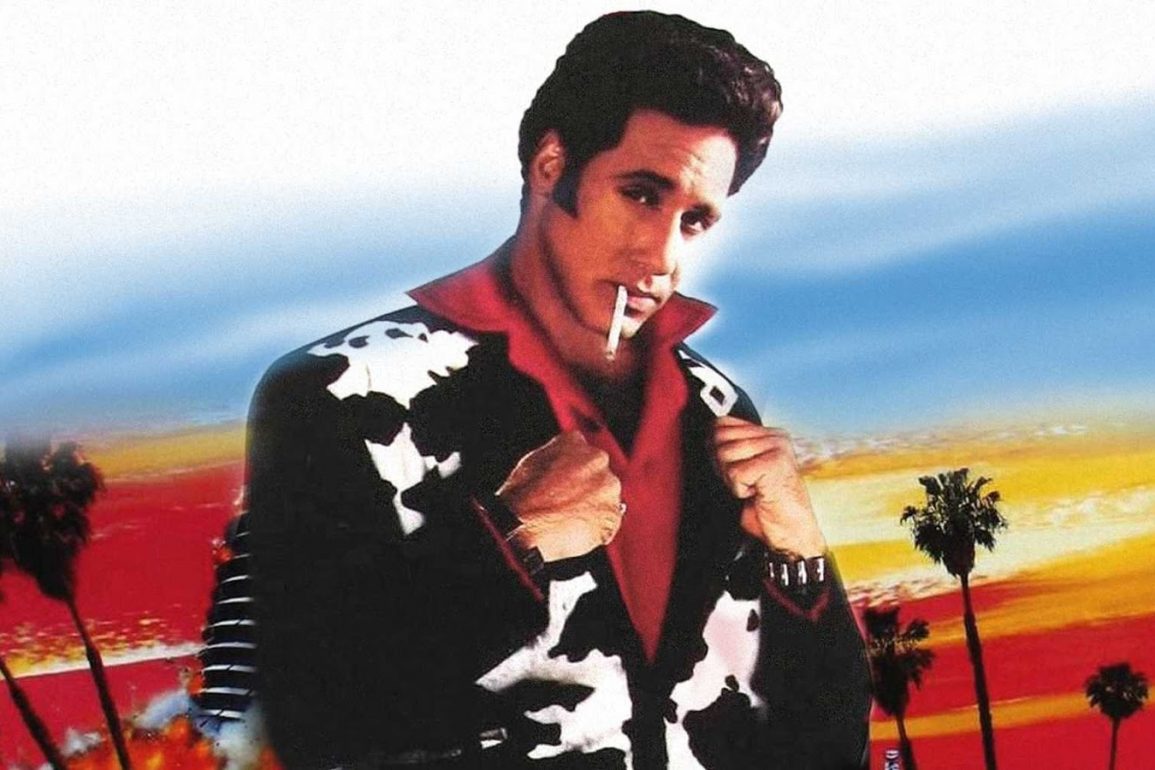 Plot: Ford Fairlane, a glib, foul-mouthed, private detective, lands the case of his career when he has to find a missing groupie who is more than a simpleton.

In the 90’s, Hollywood was more game and took bigger risks than it does these days. That’s how controversial stand-up comedian Andrew Dice Clay got to be the star of this big-budget action comedy that’s crude, rude and full of f-bombs. Dice plays Ford Fairlane, a cocky L.A.P.I. who likes fast cars, fast women and the fast life.   When we meet Ford, he’s on struggle-street. His celebrity clients are paying him with gifts, instead of cash, and that’s left him high and dry.

Ford gets a much-needed break when a wealthy woman, Colleen Sutton (Priscilla Presley), offers him a job finding a wayward relative. Unable to refuse a substantial cash pay-day, Ford accepts the job… not realizing he’s about to walk into a maze of murder, sleaze, laughs and hung koala bears!

In similar comedies from this era, like Beverly Hills Cop and Tango and Cash, the protagonists were smart guys who had to use their brain, and their brawn, to get out of tough situations. Fairlane doesn’t have that privilege, since he’s basically a caveman transported to the 20th century. That’s great for the audience, because we’re introduced to an unconventional, and highly unpredictable, hero who flies by the seat of his pants! ADC is perfect in this role and if the film Gods were just, this breezy action comedy woulda been a blockbuster that kick-started his career, but audiences gave Ford Fairlane a collective shrug when it opened in the summer of 1990, and that’s a shame, because this film, while it is certainly curious, and has some wild ideas and set pieces, is often hilarious.  The action sequences are as good as anything from producer Joel Silver’s previous body of work.

The supporting roles are played by the who’s who of character actors (Ed O’Neill, Robert Englund, David Patrick Kelly, Gilbert Gottfried – all are great in this!) but Wayne Newton steals the show as a slimy record producer who isn’t above committing murder to protect his dirty empire.  Newton seems to be having a blast in the role, and most of his lines are very funny and highly quotable.

Renny Harlin, fresh off Nightmare on Elm Street 4, directed this pic, and his glitzy style and framing are perfect for this twisted noir fairytale. Ford lives in a dream world filled with gorgeous women and ruthless killers, but Harlin captures it all with a cynical, yet cool, eye that tells us something is amiss. The score by Yellow ain’t bad either.

Probably ahead of its time, Ford Fairlane was one of the first films I can remember to break the fourth wall, with Ford constantly talking to the camera as he narrates certain scenes. Funny how twenty years later, everyone was praising Dead Pool for its inventiveness!

The Adventures of Ford Fairlane is the definition of cult classic. ADC is brilliant in the lead, the women are sexy, the jokes are sublime and the action is epic. I miss the days when this kind of film was released on regular basis, and we’re worse off with their absence.

If you haven’t seen this film, check it out, you won’t be disappointed!