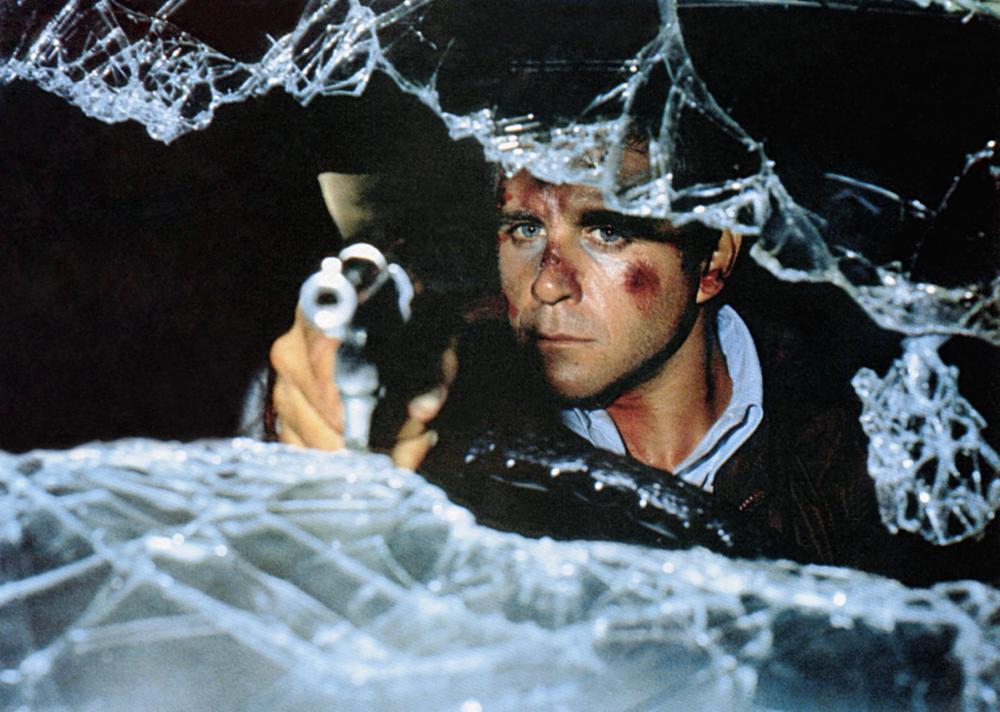 Strong performances, especially by Wings Hauser, make this dark crime drama a cut above the rest. Never has one actor owned the screen so savagely.

Plot: The trials and tribulations of a cop and hooker who work in Los Angeles. The one thing they have in common: a psychotic pimp named Ramrod, who is out to make their lives hell.

Review: The VHS cover to this film (a man, shrouded in shadow, brandishes a revolver through the cracked windshield of a car) always enticed me as a child. I knew this film was gonna be balls-to-the-wall tough… and years later when I finally saw it, I discovered I had no idea what I was in for. Vice Squad is a grim, almost documentary-like, expose of life on the mean streets of Los Angeles.

Hooker with a heart of gold, Princess, played by Season Hubley, has a big problem. She’s come into the crosshairs of sadistic pimp Ramrod, Hauser, who is hell-bent on keeping his girls in line – by any means necessary.  When one of her friends is killed by Ramrod after a brutal attack, Princess has no choice but to go undercover and help the gallant Detective Tom Walsh (Gary Swanson) capture the elusive and sadistic pimp. Pretty standard set up for a genre film? In director Gary (Wanted Dead: Or Alive) Sherman’s hands, Vice Squad ends up as any anything but standard genre fare.

Sherman imbues his film with a fly-on-the-wall style that perfectly suits the story’s day-in-the-life construction. Although some of the hookers are portrayed as OTT caricatures, most are seen to be real people, with no other way to get by, who would rather be doing anything else than turn tricks. The cops are the same. Sure, there’s the usual assortment of macho stereotypes, but the Vice Squad cops are good guys, trying to protect the innocent from the likes of Ramrod and his ilk. Which brings us to the film’s main focal point: Wings Hauser.

Hauser is a character actor like no other and he has created a terrifying character in Ramrod. I remember seeing the film and thinking “geez, everyone is raving about DeNiro in Cape Fear, have they seen Hauser in this film?!” He’s that good. Ramrod is the lowest of the low – a pimp who gets off on hurting the weak – and Hauser takes no prisoners with his gritty, fearless performance.  Whenever Ramrod is on screen, you can’t take your eyes off him, even when he’s doing unspeakably horrible things!

Hubley is fantastic as Princess. She plays her with just enough vulnerability that she never feels like a victim, and always retains our sympathy. Swanson as Walsh, the cop, is all business for most of the film, but when he finally lets his guard down, we see he’s just as haunted as the people he’s supposed to be protecting. A bond forms between Walsh and Princess by the end, and free of exploitive elements or needless plot twists, the relationship is believable and heartfelt.  Swanson is perfectly understated and even sweet in what could have been a route, cliché role.

The violence in Vice Squad isn’t the well-choreographed action set pieces we get now. Every chilling act is frenzied and brutal and swift. On the streets, no one is safe, and life is cheap, and this film isn’t afraid to show that. The climax of the film is very satisfying, and worth the price of admission alone. When Walsh catches up with Ramrod, justice is served… and it couldn’t happen to a more deserving guy.

Gary Sherman’s direction is crisp and fast, with barely a wasted moment, and running at a quick 97 minutes, the picture never wears out its welcome.

Overall, Vice Squad is mean and uncompromising, and it certainly won’t be for anyone, but it is more relevant today than perhaps it was back in the 80’s. Thanks to the cast and crew, the film is more than some cheap pot-boiler. Sure, it has the usual genre trappings, but it’s handled in a careful, thoughtful way, and that’s what sets Vice Squad apart from its contemporaries.

If you can, get the Shout Factory Blu-ray. The film looks terrific, and there are plenty of special features.