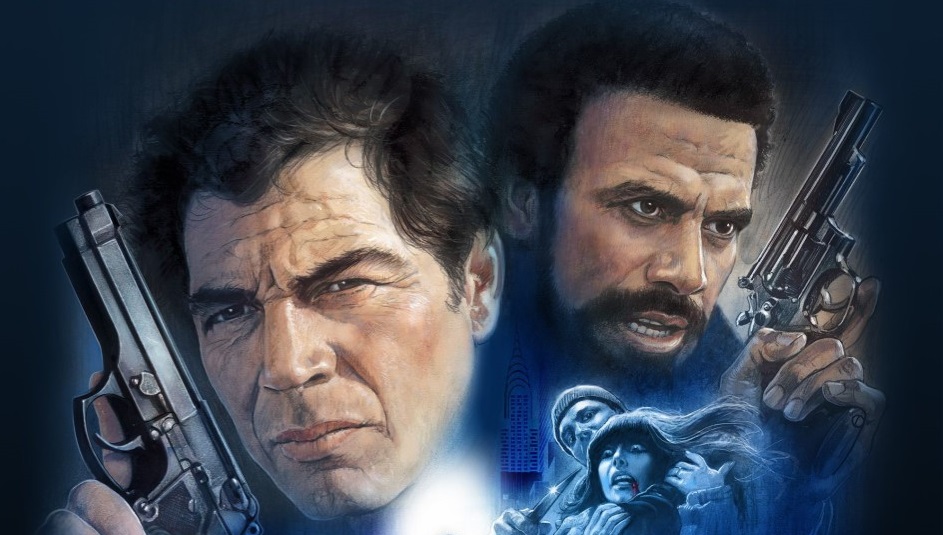 Forceful, brutal, and intense, Vigilante is an underrated gem and Blue Underground’s Blu-ray is a must have for fans of the film.

“Hey. I don’t know about you guys, but me, I’ve had it up to here. There are some 40-odd homicides a day on our streets. There are over two million illegal guns in this city. Man, that’s enough guns to invade a whole damn country with! They shoot a cop in our city without even thinking twice about it! Now, come on. I mean, you guys ride the subway. How much more of this grief we gonna stand for? How many more locks we gotta put on our goddamn doors? Now, we ain’t got the police, the prosecutors, the courts, or the prisons. I mean, it’s over. The books don’t balance. We are a statistic. Now, I’m tellin’ you, you can’t go to the corner and buy a pack of cigarettes after dark, because you know the punks and the scum own the street when the sun goes down, and our own government can’t protect its own people. Then I say this, pal: You got a moral obligation, the right of self-preservation. Now you can run, you can hide, or you can start to live like human beings again. This is our Waterloo, baby! If you want your city back, you gotta take it! Dig it? Take it!”

Plot: Armed citizens gear up for war when their neighborhood is overrun with crime that the police can’t stop.

Review: William Lustig, the director of great grindhouse movies like Maniac, Relentless, and the Maniac Cop trilogy directed this slam-bang actioner that punches your gut and doesn’t let you breathe before punching you again. Fred Williamson plays Nick, the leader of a vigilante group that hunts scumbags in the New York boroughs, and his friend Eddie (Robert Forster) is an honest factory worker, whose son is murdered and whose wife is maimed and brutally assaulted by a street gang. When the courts give the assailants a slap on the wrist, Eddie lashes out at the judge in court and is held in contempt and sent to prison for a short stint. He mulls his options over in prison, and the day he’s released, he goes to Nick and joins the team of vigilantes and they go after the unpunished ruffians who ruined his life. With the police hunting them, Nick and Eddie plow through their nightly agenda, doing the work that no one else will.

Forceful, brutal, and intense, Vigilante is a great vehicle for Williamson even though Forster is really the star. Williamson gets the best moments (including the badass monologue that opens the film), and it’s a shame there wasn’t a Vigilante 2 that featured more of him. A snappy, electronic score by Jay Chattaway is a highlight. Steve James and Woody Strode also appear in the movie in supporting roles.

Blue Underground recently released a definitive 4K Ultra HD and Blu-ray combo pack with a new restoration, which looks and sounds better than ever. The two-disc limited combo pack comes in a sweet lenticular sleeve with new artwork by Enzo Sciotti and ports over a tons of previously released special features, including two audio commentaries (one with the late Forster), and also adds some new special features, including a new audio commentary by two film historians, an interview with composer Chattaway, an insert booklet, and more. The only thing missing is a bonus soundtrack CD, which would have been the icing on this tasty cake. 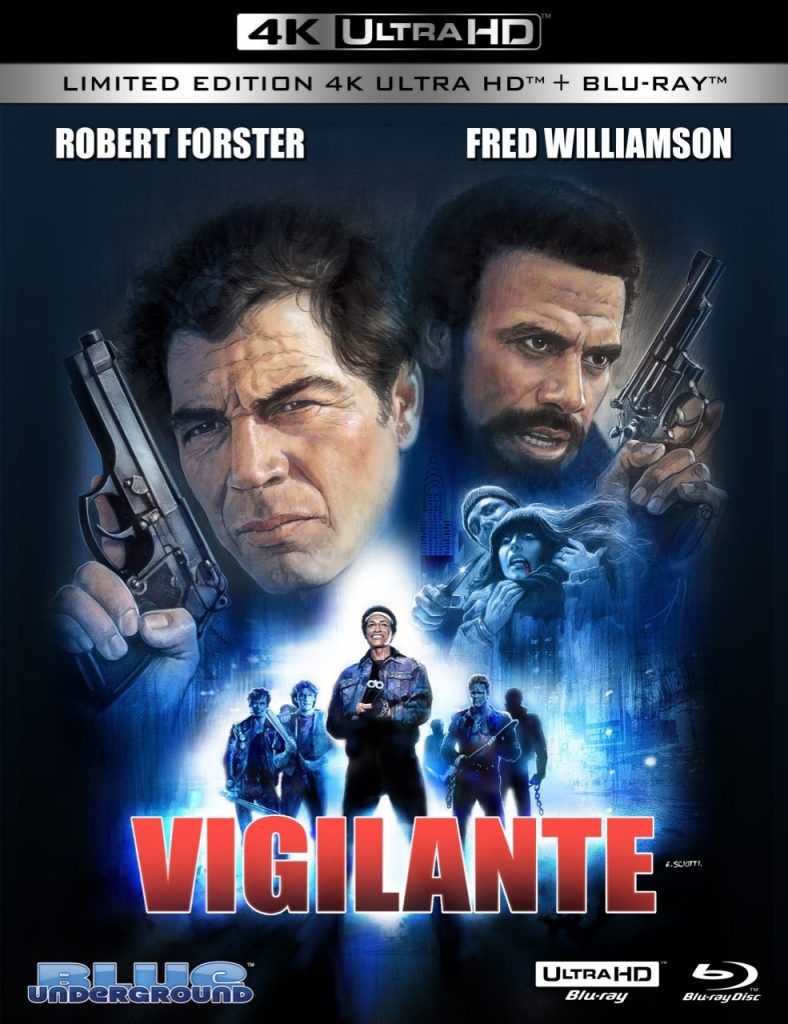