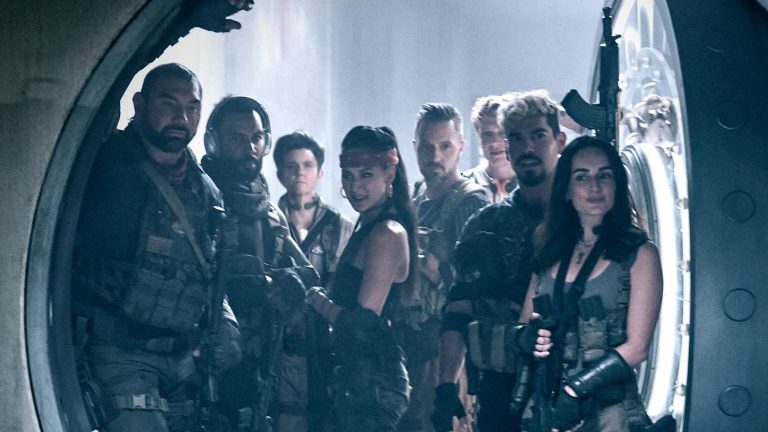 2021 was always going to be a good year for Zack Snyder fans – March is going to see the long-awaited release of the ‘Snyder Cut’ of the Justice League movie, with the director putting his original version of the movie out on HBO Max, while just a couple of months later, he will also show up on Netflix, with ‘Army of the Dead’, his return to the zombie heist genre following his debut directorial venture ‘Dawn of the Dead’, nearly 20 years ago. Now, we actually have something tangible to look at and digest, as Netflix has dropped the teaser trailer for this movie.

The movie sees a group of mercenaries coming together to rob a casino in Las Vegas while a zombie outbreak rages around them. The cast consists of Dave Bautista, Ana de la Reguera, Ella Purnell, Garret Dillahunt and Tig Notaro, with Bautista being front and centre of the movie and showing up on the teaser as well. It is well known that Netflix is betting big on this movie, and has already set plans in motion to turn it into a franchise, with Snyder set to direct a prequel, ‘Army of the Dead: The Prequel’, which is set for release in 2022, as well as an anime-style TV series, ‘Army of the Dead: Lost Vegas’, where several characters from this movie will show up, with the actors lending their voices. Of course, a lot depends on this first movie, with Netflix hoping that the hype around Snyder from the release of ‘Justice League’, as well as the ongoing popularity of the zombie genre, will make ‘Army of the Dead’ a hit.

Zombie movies have long been one of the most popular movie genres, and thus have made the leap from the big screen to other entertainment mediums. There are various video games that deal with zombie outbreaks, for example, while ‘The Walking Dead’ is one of the most popular TV shows of recent times, and it too is based on zombies. Thus, it is no surprise to see Netflix backing this movie and related titles in such a manner. In fact, we can even see the influence of zombie movies on the online gambling sector. There are various online slot games based on zombies that have been extremely popular, with some of the best ones available on the Winz.io casino slots section. Fans of the genre should go check these out while they wait for Netflix to show more footage from the movie ahead of its release in May 2021 on the streaming platform.

According to Snyder himself, this will be a full-blown zombie movie with lots of incredible action, but it will also have ‘heart’, with several characters’ stories being fleshed out and their motivations being made clear, both to allow audiences to connect with them in this movie, as well as set them up for appearances in the forthcoming prequel and TV show. The basic premise for the movie has also been revealed – a virus has been mistakenly released from Area 51 which turns people into zombies, and while the outbreak has been contained in and around Las Vegas by the military, the city itself remains out of bounds. However, the various casinos and gambling establishments are all lying empty with their hordes of cash, which is the reason for this group to try and get inside the city to get their hands on this money, if they manage to survive the zombie attacks, of course.

Snyder has said that the idea for the movie has been with him for years, but Warner Bros. was not keen on making a zombie movie. Netflix, on the other hand, jumped at this script, and it is hoped that their enthusiasm for ‘Army of the Dead’ is matched by the audience this summer.