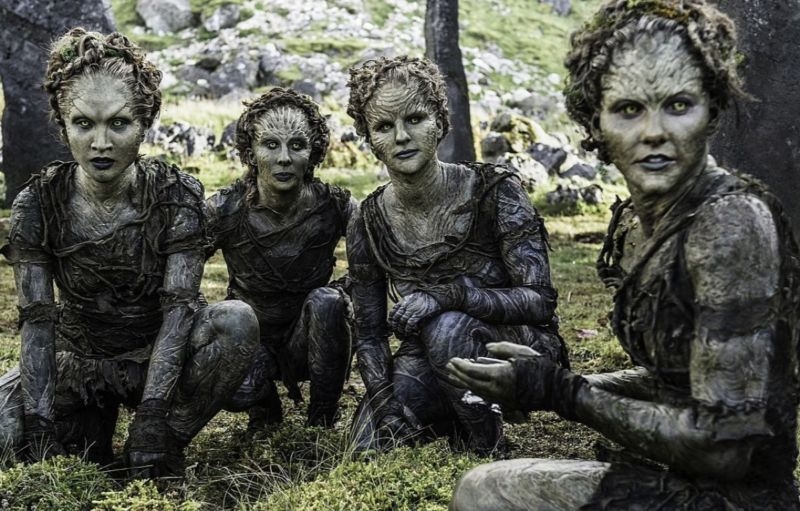 What Do We Know About the Game of Thrones Prequel?

Undoubtedly one of the most successful series ever produced is ‘Game of Thrones’. The series is adapted from the popular book series called ‘Songs of Ice and Fire’ written by the great George R.R Martin. The books chronicle the lives and histories of a race of people who seemingly come from the same source but have diverged into various ‘houses’.

The favorite house in the Game of Thrones series was without a doubt the House Stark. From the first season in which Ned Stark the patriarch of House Stark was beheaded by Geoffrey Baratheon, the series had us hooked and our love for the Starks grew. This was further heightened by possibility that our all-time hero Jon Snow was mistakenly thought to be Ned Stark’s bastard son. Well, we eventually found out he was not the bastard son of Ned Stark but his nephew. He was the child of Lyanna Stark and Rhaegar Targaryen, making him the rightful heir to the ‘Iron Throne’ as his father was the heir prince at that time he was killed in battle.

The next house which we all heard so much about because of the magic and power they had over dragons, was’ House Targaryen’. In the series we hear about the ‘Mad King’ who was Rhaegar Targaryen’s father and Jon Snow’s grandfather, was killed by his own personal guard by name ‘Jamie Lannister’. This earned him the name ‘King Slayer’. But the most popular Targaryen, who thought she was the rightful heir to the iron throne was Daenerys Targaryen. She was the last mother of dragons that the ‘Seven Kingdoms’ would ever see.

The other houses which made the series a must watch were House Lannister, House Baratheon, House Tully, House Frey. Then the different islands which all come together to form the seven kingdoms are King’s Landing (where the ruler of the seven kingdoms resides), the North (ruled by the Starks), the Iron islands (ruled by the Greyjoy’s), the Mountain and the Vale (rules by House Arryn and the Eyrie), the Rock (rules by the Lannister), the Reach (ruled by Highgarden), Dorne (ruled by the Martells), all come together to form a mix of interesting twists and turns, betrayals and wins, histories and myths, legends and cowards, that makes for a series that was addictive and one of the best the world had ever seen.

The Game of Thrones series started from season 1 and went on to season 7 which was released in 2019, watch games of thrones season 6 to truly enjoy the last season. With the end of it, it seemed like a favorite relative or friend you look forward to seeing had passed away. Fans wanted to know if there would be anything more from the producers of the series or from the iconic writer himself. Well, they were not disappointed. In September 2019 after the end of the Game of Thrones series, the writer let slip that there would be a prequel. This was most welcome news as the final episode of Game of Thrones season 7 was the most watched episode in HBO history.

The writer of the Book ‘Songs of Ice and Fire’ from which Game of Thrones was adapted and the producers of the television series have said the prequel would take fans back to the past. Fans are to expect to learn the histories of the legends we heard so much about in the series. One such legend is about the Night King and the white walkers. We learnt in the book and the series that they came into the world during the time of the ‘endless night’. It was winter for a whole generation. The white walkers chased man away from the land and men had to go live in the forest. It was with the help of the children of the forest that the white walkers were defeated.

There is also the history of the ‘Wall’. It is said that the wall was built by ‘Bran the Builder’. He was a Stark who ruled the Northern Kingdom. He is believed to have created the wall using magic and ice. Some of these stories we hear in the series might come as a surprise when we find out they didn’t play out exactly as told in the prequel.

The name given to the prequel was supposed to be ‘the Long Night’ but since this was the name given to the epic battle episode in the last season, where the white walkers came out from the cold and fought with men in the North, plus the epic scene when Arya Stark kills the Night King (just had to include that). The name settled on will be ‘the Longest Night’ which depicts the time of the longest winter the world of men ever saw.

On the downside, fans should not expect to see their favorite characters in this prequel. This is because we are going back in history before the time of Jon Snow, Arya Stark or even Cersei Lannister. Nevertheless, the proposed cast of the prequel are bound to give us a good show worth every minute of our time.

The prequel will focus on the time of the Andals, the Rohnar and the First Men. There would also not be dragons as the Targaryen’s descendants of Valyria have not begun their reign of Westeros. Although there are no dragons, our direwolves will be in the prequel there will be mammoths and other fantastical creatures also.

The end of the Game of Thrones series was the end of an era so, the prequel is coming just at the right time. We all wanted more and sincerely fans felt the producers of the show owed them more because of the controversial ending of the series.

There is no release date yet for this highly anticipated prequel but nevertheless fans are eagerly waiting and looking forward to the history of Westeros as they know it in addition to the history of the famous houses and the legends they bore.