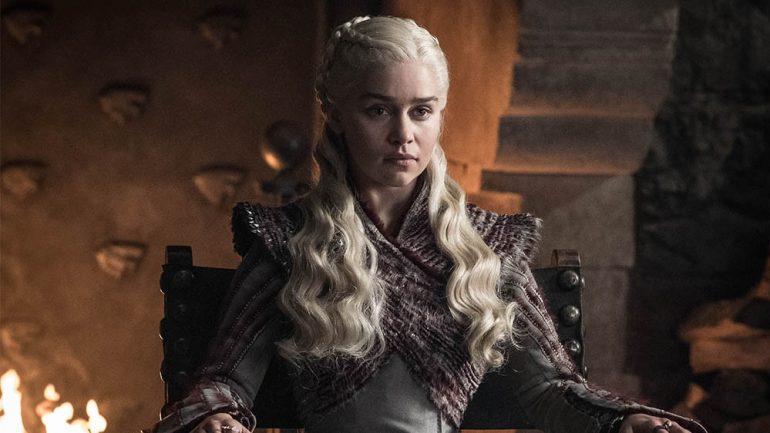 What Have Been the Most Popular TV Series of the 21st Century?

TV viewing habits have changed dramatically since the turn of the millennium. Yet in some respects, the more things change, the more they stay the same. True, the family might no longer sit around the TV set watching I Love Lucy, and waiting to watch your favorite show at a set time has now been superseded by the boxset phenomenon. But the format of the shows we love has remained unchanged, and we can’t get enough of series with defined episodes and an overriding story arc. Here, we provide the definitive list of the shows that have shaped the first two decades of the 21st century. How many of them have managed to capture you in their spell?

The popularity of movies like The Godfather and Goodfellas showed what a rich combination of drama, action, pathos and humor there was to mine in the world of mobsters. The Sopranos ran for a perfect six seasons, giving us time to get to know and care about the characters, and to mourn their loss, but stopping before the story could become stale.

David Chase’s series has won dozens of awards, including 21 Primetime Emmy Awards, five Golden Globes and being ranked best show of all time by both TV Guide and Rolling Stone. While the series is well and truly over, there is a movie in the works that will be set in the 1960s and will act as something of a prequel.

This sprawling epic redefined TV series as we know them. If followed multiple story arcs and demonstrated something close to glee in killing off central characters in a way that we had never seen before. This, along with nudity and violence that some saw as gratuitous, made it the biggest TV talking point of the century so far. That in turn led to global viewing figures that broke all sorts of records.

The way the series came to an end last year was just as controversial, but we will say no more on that in consideration of the handful of people on the planet who have yet to see it. The show lives on in a variety of video games for PC, console and mobile. Microgaming even created a Game of Thrones slot game that you can play at the gambling sites listed here. It has proved just as popular in the casino landscape as the TV show was among viewers.

One thing that has become clear about our 21st century viewing habits is that we are no longer so captivated by clearly defined “good guys and bad guys.” AMC’s Breaking Bad is another series that, like The Sopranos, tells the story from the criminal’s perspective, and it soon becomes apparent that there are many shades of grey between right and wrong.

The plot involves a man diagnosed with terminal cancer who turns to a life of crime (known colloquially as “breaking bad”) in order to provide his family with financial security in the years to come. Initial responses to the first series were lukewarm, but by the time Series 4 came around and the show had been picked up by Netflix, it was being hailed as one of the all time greats.

The series came to an end in 2013 after 68 episodes, and has spawned a number of spin-offs, most notably Better Call Saul, which can be considered the Seinfeld to Breaking Bad’s Cheers.

Here’s a show that, like its lead protagonist, never seems to grow old. The series was first broadcast in 1963, but fans tend to differentiate the classic series, that ground to a halt in 1989 with “Nu Who” that relaunched in 2005. The mysterious alien time traveler of the title has been played by 13 different actors over the years. These changes are a key component of the story arc, as the character known only as The Doctor has the ability to regenerate with a new body but retained memories when fatally wounded.

Each new Doctor brings different characteristics, and these are also part of the storyline, often adding some comic relief, with lines like “you were far less pompous with your old face.” It also means the series stays fresh, despite the constant reappearances of certain “favorite” protagonists such as Daleks and Cybermen in each series.

Doctor Who has one of TV’s most dedicated fanbases. There are literally dozens of games, spin off series, audio adventures and fan fiction sites dedicated to the man, or in the most recent regeneration, the woman, from the planet Galifrey.

To describe Mad Men as a period drama only tells a fraction of the story. This series about an advertising executive’s extraordinary life and career throws you into its 1960s setting with an attention to detail that has not been seen before or since. Add to that an immaculately crafted plot and some of the most eminently quotable lines of all time and you get a series that will continue to be enjoyed by boxset viewers for decades to come.

Mad Men has the distinction of being the first ever basic cable series to win the prestigious Emmy Award for Outstanding Drama Series – something it achieved every year for its first four season. The series has also been credited with making business suits fashionable again, and even led to a resurgence in gentlemen’s headgear like Fedoras.

If Mad Men provided a stylized image of business life in the 1960s, The Office brought us back to reality with a bump. The show was originally broadcast as a mockumentary, and brought creator and star Ricky Gervais to global fame. While the UK original ran for just 14 episodes, the format was soon picked up elsewhere, most notably with the US version that starred Steve Carrell and ran for 201 episodes.

Debate over which is better has been raging for almost two decades, and will not stop any time soon. The short answer, is that both series are TV classics and each should be viewed on its own merits.