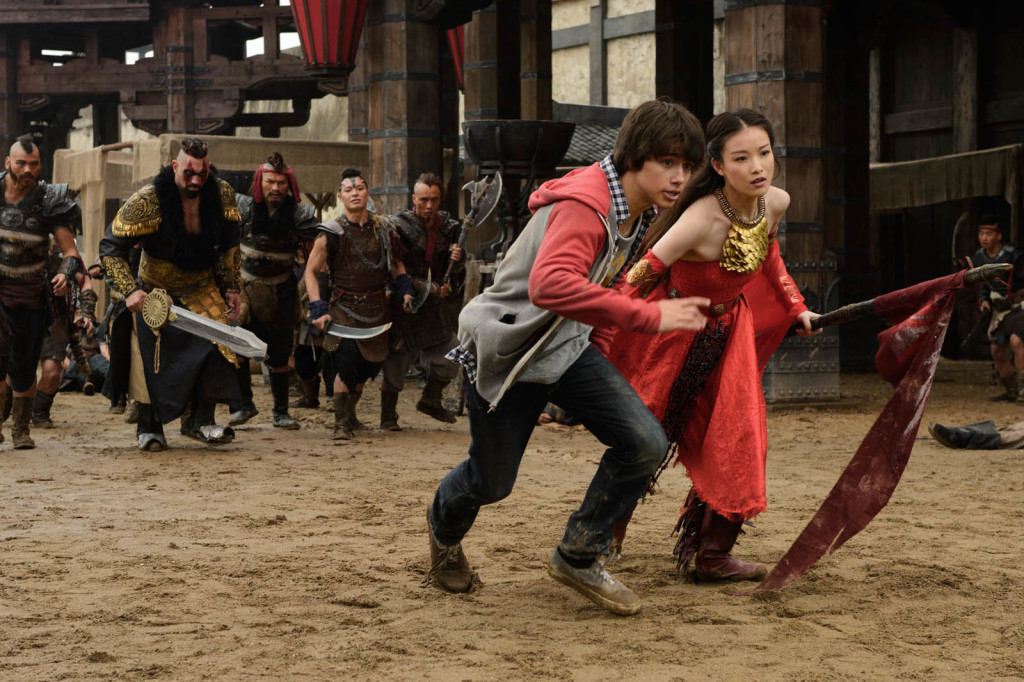 In this “bilingual blend of The Karate Kid, Monty Python And The Holy Grail” (SciFi Now), a teenage gamer (Uriah Shelton) is transported into a video game where he must defeat a cruel barbarian king (former WWE superstar Dave Bautista), protect a beautiful princess, and find his way back to real life.

To celebrate the release of ENTER THE WARRIORS GATE we selected a few of our favorite movies from the 80s and 90s where fantasy and reality become one.

From critically acclaimed writer-director John Hughes (Sixteen Candles, The Breakfast Club) WEIRD SCIENCE follows nerdy computer whiz Ilan Mitchell-Smith and his best friend, Anthony Michael Hall, as they gain the power to create the “perfect woman” (Kelly LeBrock). Like a computer-generated fairy godmother, the duo’s out-of-this-world creation guides the pair through the pleasures and pitfalls of adolescence. With a rock beat supplied by many music superstars including Oingo Boingo, this far-out, sci-fi fable brings everyone’s favorite teen fantasies to life through the miracle of Weird Science.

Jonathan Switcher (Andrew McCarthy), an unemployed artist, finds a job as an assistant window dresser for a department store. When Jonathan happens upon a beautiful mannequin he previously designed, she springs to life and introduces herself as Emmy (Kim Cattrall), an Egyptian under an ancient spell. Despite interference from the store’s devious manager (James Spader), Jonathan and his mannequin fall in love while creating eye-catching window displays to keep the struggling store in business.

On his way to school, Bastian (Barret Oliver) ducks into a bookstore to avoid bullies. Sneaking away with a book called “The Neverending Story,” Bastian begins reading it in the school attic. The novel is about Fantasia, a fantasy land threatened by “The Nothing,” a darkness that destroys everything it touches. The kingdom needs the help of a human child to survive. When Bastian reads a description of himself in the book, he begins to wonder if Fantasia is real and needs him to survive.

On his ninth birthday, Omri is presented with many gifts – the most unusual being a cupboard. But this is no ordinary wooden box. It is endowed with magical power that transforms Omri’s plastic toy figurines into living creatures. The first miniature to be animated is a 19th Century Iroquois warrior named Little Bear, who is terrified at first by his alien surroundings but soon bonds with his gigantic playmate. But when Omri’s friend, Patrick, gets in on the act and brings a six-shooting cowboy (David Keith) to life, their fantastic secret is in danger of being revealed.

A magical board game unleashes a world of adventure on siblings Peter (Bradley Pierce) and Judy Shepherd (Kirsten Dunst). While exploring an old mansion, the youngsters find a curious, jungle-themed game called Jumanji in the attic. When they start playing, they free Alan Parrish (Robin Williams), who’s been stuck in the game’s inner world for decades. If they win Jumanji, the kids can free Alan for good — but that means braving giant bugs, ill-mannered monkeys and even stampeding rhinos!

Don’t miss ENTER THE WARRIORS GATE in theaters and on VOD and Digital HD starting May 5th!