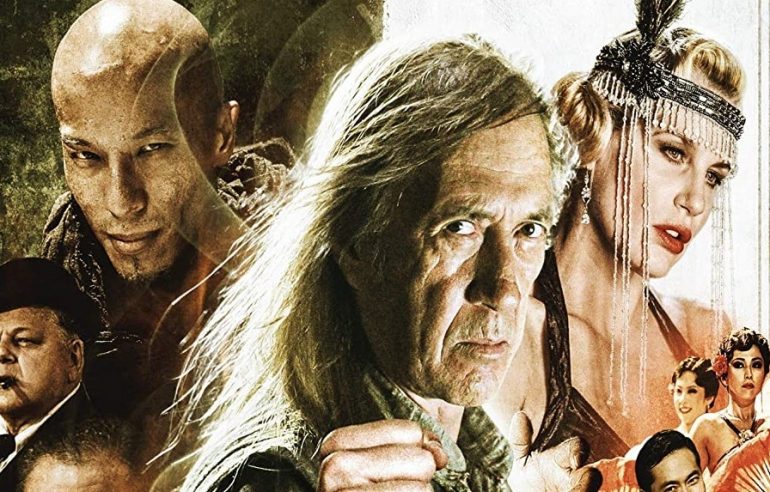 The story drags on a bit, especially in the second half, but if you have any love for Carradine and his work, then this piece might as well be considered the last thing he did that had any special value.

Plot: A Caucasian monk in Shanghai infiltrates the underworld to find the killers of his spiritual female Grandmaster.

Review: In the late 1920’s, a clan of Wudang monks are all but wiped out by vicious mercenaries hired by a Chinese warlord who has claimed an entire region for his drug trafficking trade. Only two Wudang monks survive: an elderly Caucasian master named White Crane (David Carradine in one of his final roles) and his pupil, a young monk with a yearning for vengeance. Crane recoups with a resistance group, and when he gets well he travels to decadent Shanghai where he meets a beautiful club singer named Jane (Daryl Hannah) and her boyfriend Bingo (Jimmy Taenaka) who run the hottest club in town, and it is there where Crane reveals himself to be quite a formidable fighter cum nightclub bouncer when he steps in during a scuffle to save Jane from being accosted. Bingo offers Crane a chance to prove himself in bare-hand fighting for cash, and within a day, Crane has dispatched every contender, including the mercenary leader who killed his brethren at the monastery. This gets the attention of the Chinese drug lord, who hires Crane as his private bodyguard, not realizing who he is. Later, when Crane finds out that his new employer is keeping Jane’s brother hostage and using him to create weapons, Crane must carefully bide his time with the drug lord until he can betray him at the right time. When this chapter in Crane’s life concludes, he has another adventure when a former pupil turned warlord seeks him out to enact some sort of pact of vengeance, and when Jane is kidnapped, Crane must save her, teaming up with his young pupil who by then has become a pretty good fighter.

A two-part miniseries event made for Spike TV and released under the title Kung Fu Killer, White Crane Chronicles feels very much in tune to Carradine’s repertoire, especially if you look at it like his final performance as Caine from the Kung Fu series. They might as well have called it Kung Fu: The Final Chapter, as it certainly resembles the Carradine classic in almost every way, but bloodier and more violent. Carradine at this very late stage in his career managed to be as physically mobile and able as possible, participating in lots of close-quarter fights. Every now and then you can detect a stunt double, but if you compare his work here to the late work of Steven Seagal, you’ll definitely notice how Carradine really appears to be committed to this role and tried to be as physically involved as possible in the fights. The story drags on a bit, especially in the second half, but if you have any love for Carradine and his work, then this piece might as well be considered the last thing he did that had any special value. The production quality is fairly high. Philip Spink directed it.

Mill Creek presents the entirety of White Crane Chronicles on one disc in two parts, all in high definition. Also included is a digital code for the film. 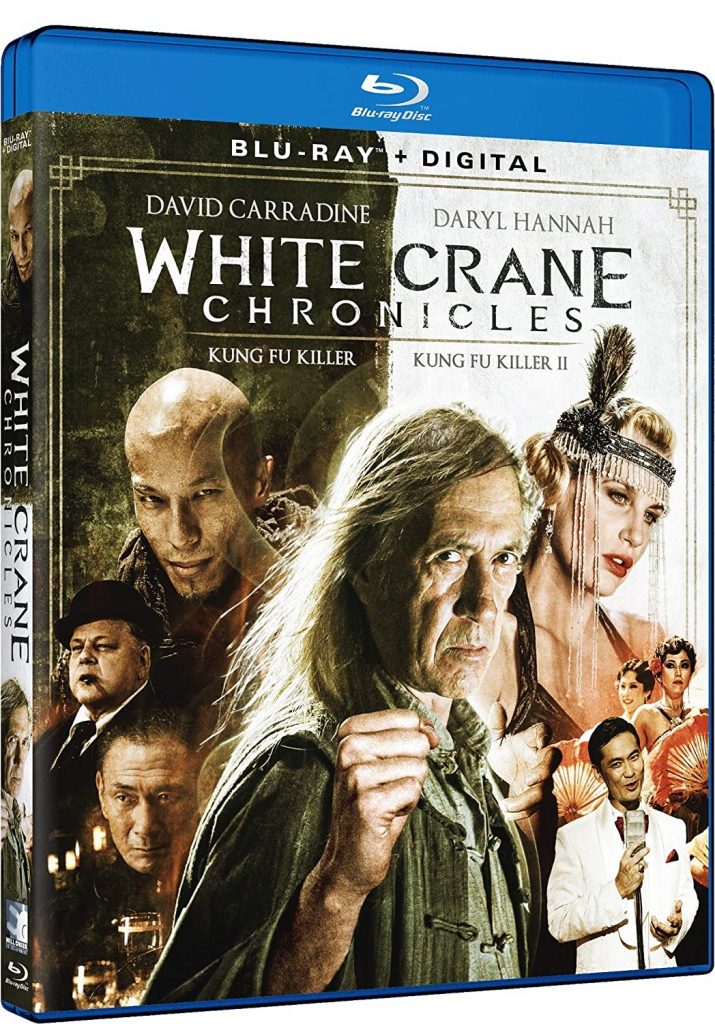