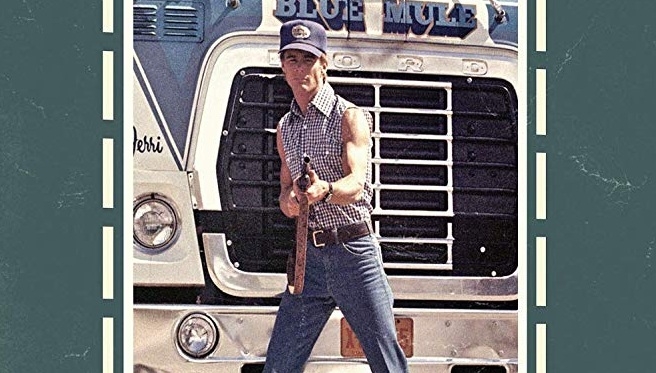 White Line Fever doesn’t really offer any new angles on the subgenre, but it does it all with conviction and a seemingly knowing angle, as it gives the hero a definable “Me against the bank and everyone else” drive against the system.

Plot: In the 1970s Arizona, a young married man becomes an independent long-haul driver and he risks his life fighting the corruption in the local long-haul trucking industry.

Review: Young man Carrol Joe Hummer (Jan Michael Vincent at the cusp of stardom) begins his married life with Jerri (Kay Lenz) as a trucker, and he puts everything he has into buying a rig that the bank basically owns until he can pay it off. On his first haul, he causes a stir with the trucking company because he refuses to haul contraband like cigarettes and liquor across state lines. He’s immediately blacklisted and targeted by the company and its thugs (one of whom is played by a young Martin Kove). Before long, Carrol is beat up and left for dead, but that’s just the beginning: He can’t get a gig hauling freight if his life depended on it, and he and his young wife are harassed to no end. When he decides to take matters into his own hands, he becomes a one-man force against the legion of heavies out to get him, and by doing so, he makes some friends who vow to help him even if it means staking their own lives against the corruption to help Carrol in his crusade. After his pregnant wife is beat up and brutalized, and their home is burned to the ground, Carrol has to up his game in his fight against the evil boss (played by L.Q. Jones), even if it means risking going to prison for 30 years.

An action film that cashed in on the trucking trend sweeping America at the time, White Line Fever doesn’t really offer any new angles on the subgenre, but it does it all with conviction and a seemingly knowing angle, as it gives the hero a definable “Me against the bank and everyone else” drive against the system. Vincent made an appealing hero before he let his success get to his head, and director Jonathan Kaplan, who later made big studio films like The Accused, Bad Girls, and Unlawful Entry, was still grinding away on smaller pictures like this one, which was released by Columbia. Carrol Joe Hummer is clearly a people’s hero, and White Line Fever does him justice.

Mill Creek’s new Blu-ray presents the film in high definition, but without special features, aside from the retro VHS-style packaging. It’s affordably priced to own. 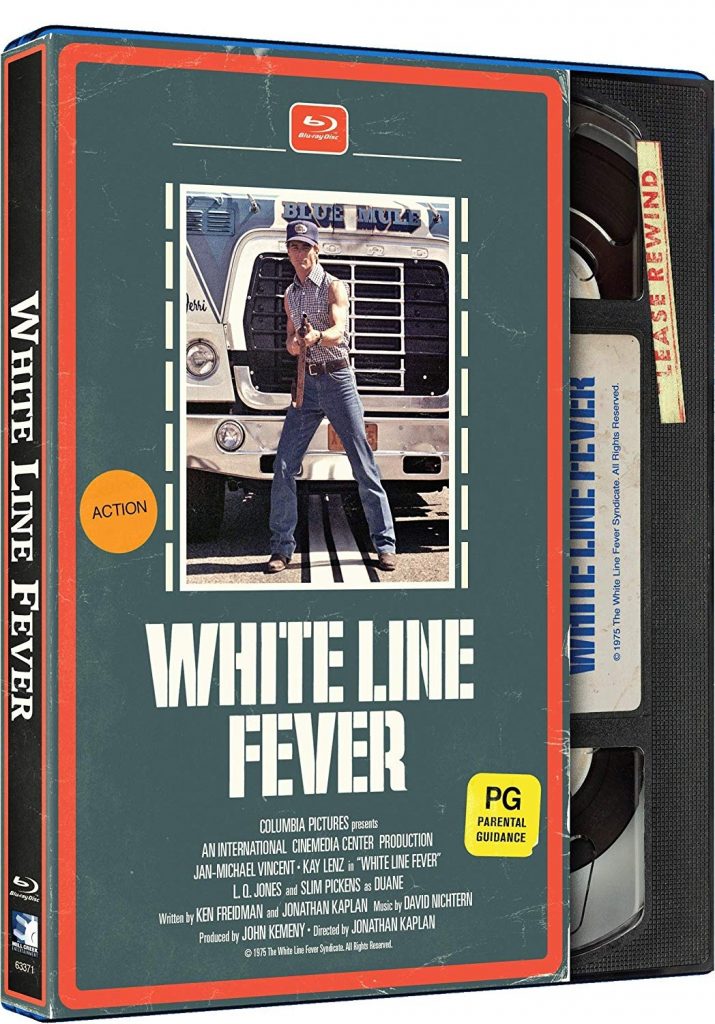