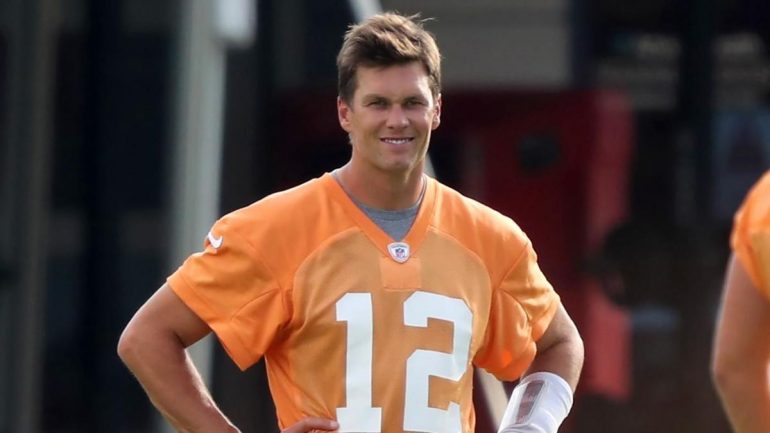 Why Tom Brady’s politics are as good as his football

The man is one of the greatest quarterbacks of all time and has a following bigger than most music, sporting, and entertainment superstars. Yet he is a family man who has been a long-lasting breath of fresh air in the world of American football—and sport as a whole. At 40, Brady is a leader of men and also a man of principle. It is from people like him that America takes its guidance and builds its culture.

He has stated on many occasions that he will not support a specific party but will instead support good leadership. Now, he may have taken stick for being a “friend” of Donald Trump, but Brady has been unequivocally clear, in that he is apolitical. He has also noted that there are strengths in befriending those in political power in an attempt to make positive societal change. This is his democratic freedom, to choose and to keep his choice to himself. The argument presented herein is that Thomas Edward Patrick Brady, Jr. has no obvious politics to speak of and yet in 2015, stated that “we were all responsible for doing our best to change the world.”

Why an apolitical sportsperson is important to bridge the political divide?

He is a change agent and one who gives us the most reasons to look forward to the Super Bowl every year. Yet he is also someone whom it said could win over both sides of the political divide.

Never has there been such hatred and obvious dislike between the American political parties and their followers. The democrats and republicans have literally been at logger heads, which in a sense is expected in the political arena. However, it has been the level of this antagonism and political disdain that has begun to affect the man on the street, and American politics is sickly as a result.

In light of this current context in American popular politics, Brady’s position begins to look more like a stance, rather than opting out of making a decision. Many a commentator and sports presenter has irked the great one, with the questions that trended prior to his 7th Super Bowl title: Why are you friends with Trump? Are you friends with Trump? He sidestepped some of these questions, but the response was essentially clear: Tom Brady has no favorite party or politician—he is a man of the people for the people. Just watch him play our national sport and you know that this is true. Modest in victory and humble in defeat and with an understanding of his supporters and fans.

Several sportspeople have taken a stand, and this is indeed admirable, yet choosing a side based on one politician or popularist leader is a recipe for disaster. Furthermore, the manner in which this has been done between the two parties of late has resulted in the scenes we all witnessed recently. Brady has chosen not to create further divisions and distrust, but to speak of unity and building, and to quote him yet again, he’s spoken to his wife, and she said not to talk politics.