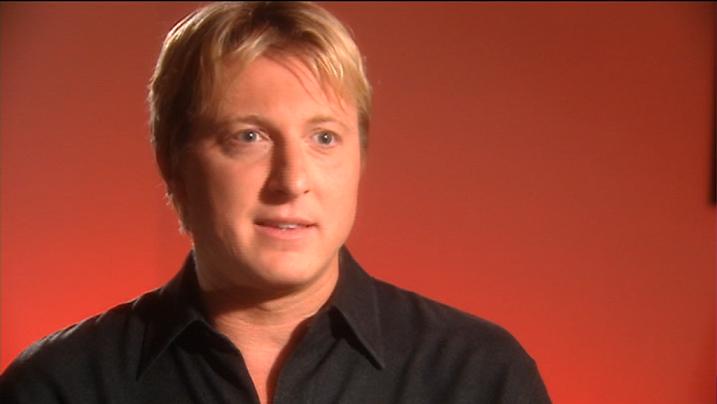 William Zabka will always be remembered for his role as one of the most hated bullies in cinematic history.

It’s been just over 30 years since the release of the 80’s classic, THE KARATE KID and audiences still hold the film in very high regard. Since THE KARATE KID, Zabka has appeared in numerous films like cult action classics SHOOTFIGHTER, SHOOTFIGHTER 2, and Isaac Florentine’s HIGH VOLTAGE.

I recently had the opportunity to chat with him for a few minutes about the appeal of THE KARATE KID, Rodney Dangerfield, and what Johnny Lawrence might be up to these days.

Corey Danna: How exactly did you get involved in THE KARATE KID, was it an audition?

Billy Zabka: Yeah, I auditioned. My manager called me, I was working out at the gym one day. I was in college studying to be a filmmaker when I landed the audition. I met the casting people, they gave me a script, I was excited and I read for the part. I told them I was a black belt in karate and I rode motorcycles but I didn’t know karate or knew how to ride a motorcycle so I thought my chances were slim on getting the part, then they did the call backs and they said I got it.

CD: How did taking the role and the success of the film change your life?

BZ: Clearly, I’m identified and known as that character, it’s kind of like a shadow that’s in my life, an alter ego sort of, and people don’t always realize I’m me. It changes your life when you become known, balancing a public image and real life. It changed my life, I mean it’s thirty years later and we’re still talking about it.

CD: What do you think the key to the longevity of the film is?

BZ: The key to the longevity of The Karate Kid is the realtionship between Miyagi and Daniel-san, the way it was written, an amazing director, producer, music, and magic was captured. When we were making it I never in a million years thought it would become what it has. We never saw it coming. I think it’s really up to the fans to tell you why. It’s still relevant today and it’s not really dated.

CD: What are your thoughts on the remake?

BZ: I had no idea they did a remake.

CD: Come on, it was Jackie Chan!

BZ: (laughs) I saw it, it was fine. It didn’t take anything away from our film. At first it was a little weird but after seeing it, it didn’t infringe on our film, I think it actually helped to make ours more popular.

CD: It was just pointless for them to use the name, I liked the movie, but it really had nothing to do with your film.

BZ: It was essentially the same story, just set in China with Kung Fu.

CD: Can you talk a bit about working with the late Rodney Dangerfield?

BZ: Rodney! He was great! All those comedians have a soft side and even a dark side. He had a bit of a tragic life but he was great. I met him in an elevator in Madison, Wisconson coming off an airplane lugging my suitcase. It was the middle of the morning, in a robe, and his hair was sticking up all over the place and I said, “Rodney, I’m Billy, I’m working with you on the film, what are you doing in the robe?” He said, “I got to go to the sauna and get the pot out of my lungs.” He was awesome, so much fun, and great to work with.

CD: After The Karate Kid, didn’t you actually begin to study the martial arts?

BZ: I did, I studied them for a long time.

CD: During that time, you did a film called SHOOTFIGHTER.

BZ: I did! The fight choreographer on THE KARATE KID, Pat Johnson, was one of the producers and choreographer on SHOOTFIGHTER so I did that for him. My martial arts training really helped me on that one. It was an okay movie but it has this cult classic vibe now. Do you know what I mean?

BZ: They had a lot of really great fighters in that, some world champs, and Bolo!

CD: To sum it up, what do you see Johnny doing today?

BZ: (laughs) He would be running a dojo and training for the All Valley rematch of 2015.