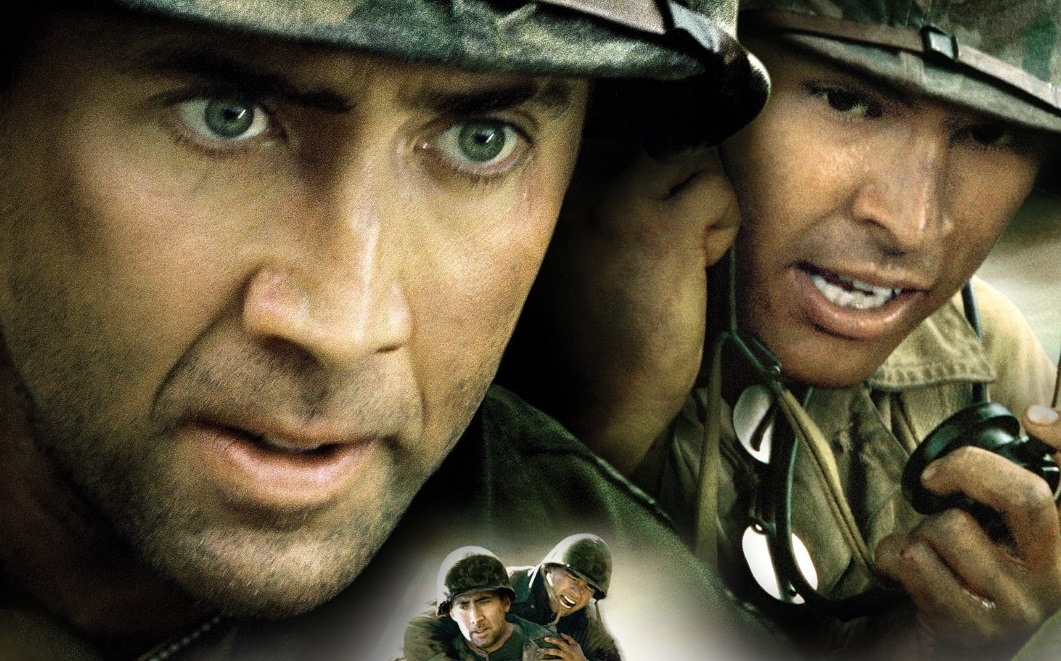 It’s debatable whether the director’s cut really improves Windtalkers or not but MVD’s Blu-ray has both versions of the film so if you’re a fan on John Woo then you may want to pick it up and decide which one you prefer.

Plot: Two U.S. Marines in World War II are assigned to protect Navajo Marines, who use their native language as an unbreakable radio cypher.

Review: U.S. Marine Sergeant Joe Enders (Nicolas Cage at the height of his box office tenure) survives a bloody assault in a marshland area in Saipan during World War II, but his survival comes at a great cost to him: Riddled with PTSD and unfiltered rage, he forces his way back into the battlefield despite being quite unfit – both physically and mentally – to continue. He is given a new detail: lead a platoon back into Saipan with several Navajo “Code Talkers” who will help tip the balance in favor of the U.S. Marines against the native soldiers who won’t be able to crack the Navajo codes over the radio. Enders is given one mandate: Protect the two Navajos, or kill them before they can be captured, which further puts Enders’ mindset at risk of a complete breakdown. His soldiers – and particularly young Navajo Private Ben Yahzee (Adam Beach) – begin to see him as a gung ho, fearless warrior, but as Yahzee spends more time examining this man up close and in battle, he sees that Enders is borderline reckless with his own life, as he is always the first to charge in and the last to clear out. The bloody battle of Saipan may shift in favor of the USA, but Enders loses ground within himself, and Yahzee is his witness.

A very expensive box office flop upon its theatrical release (it made about $40 million against a $115 million budget), John Woo’s epic-length World War II picture Windtalkers tells an untold story of the Navajo code talkers, and while that angle is interesting, the film is much more concerned with the nonstop battlefield action … because it’s a John Woo movie. There’s some heavy-handed melodrama between some of the main characters, but only Nicolas Cage’s character is given any depth. Christian Slater has an underwritten supporting role, and other soldiers (played by Mark Ruffalo, Noah Emmerich, Peter Stormare, and Martin Henderson) aren’t afforded any dimension other than basic, stock soldier motifs. I saw this opening weekend in theaters, and was a little disappointed with it then, but for this review I watched the 153-minute director’s cut (which is 20 minutes longer than the original version). I’m not sure this version improved the film, but it was seamless and flowed as it should have, so I suppose the director’s cut is the preferred version. Woo’s penchant for gunplay is on full display here, and James Horner’s reflective, ethnic-themed score is appropriate.

MVD Marquee recently released a two disc Blu-ray edition of Windtalkers, containing both versions of the film, and it ports over all the special features from MGM’s original special edition release, including three audio commentaries, featurettes, trailers, and much more. The high definition transfer is adequate, though not exemplary. 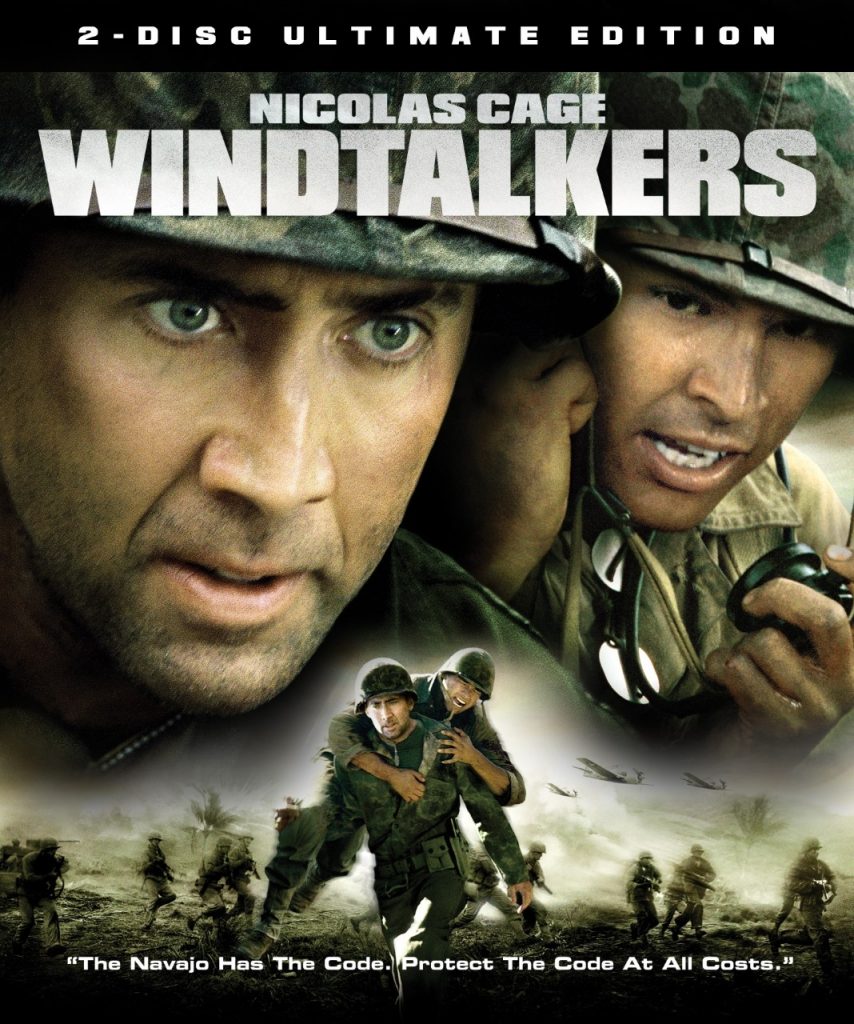