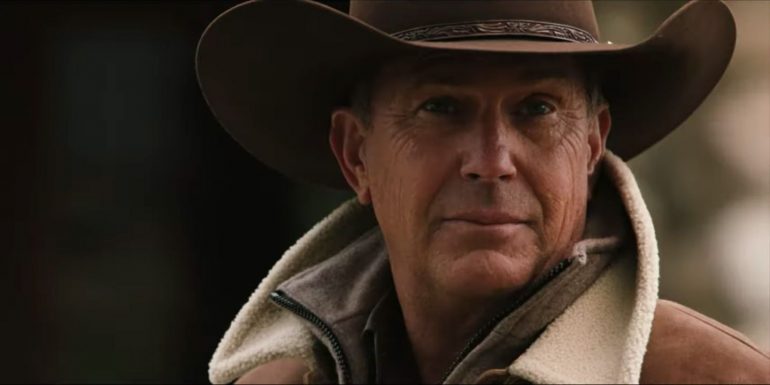 Still a captivating, exciting and altogether badass show that kicks serious ass without feeling like it’s slowing down anytime soon.

Plot: John Dutton (Kevin Costner, The Big Chill) has to step down as livestock commissioner of his seventh-generation ranch which contains a still largely sought after batch of land- very land which someone wants to build an airport, ski resort and studio all around the land! What will his next move be for the inevitable new group of abusive land developers?

Review: I couldn’t wait for this show to return but alas I don’t have to stall anymore now that it’s back finally! Season 1 was liked but complained about by viewers and critics as having too much filler. Season 2 was way more comfortable with itself by having way more chances and expanding upon the various characters’ illegal life choices while fighting other criminals. Was Season 3 going to keep the momentum flowing or outstay its welcome?

Suffice it to say, yes. The premiere was criticized for being a small set-up but I took no quarrel with it given how it was still attention-getting and laid it all out so we could get to the good stuff for the rest of the season. Since we know how all the characters act and function, we only have to focus on them dealing with the newest threat. And while I always Josh Holloway to be a lousy actor in everything I’d seen him in (Colony, Intelligence and LOST to name a few), I wasn’t the least bit concerned about him joining the cast as bad actors rarely can sink an otherwise solid established cast and premise, unless they’re truly unbearably trite that is. The minute he entered with his typical shit-eating grin and fancy suit, I knew it would be a delight to see his eventual demise at season’s end.

So looking at this season as a whole, I’m not sure I’d say that it outdid Season 2 and there was again was a bit of soap opera-ish moments briefly done early on but it is still a rather relevant show with the same kick-ass dialogue, themes, character studies, shoot-outs and dramatic build-up fans of the previous seasons have come to love. I would say that this has at least three more years left in it and clearly the network is willing to let it stay given how the Season 4 pick-up was announced the same time as this season’s premiere so it definitely isn’t anything shoddy unlike other crappola still clogging up the airwaves these days. The actors still had well-characterized roles to play well without fading into the background due to under-usage. Brian Tyler’s score was one that felt like an earlier ‘40s/‘50s technicolor motion picture that suits this Neo-Western well. Overall, it did slow down for the first portion of the season but not like Season 1 where it felt overlong or having at least 3 redundant filler episodes but in all fairness, Season 2 was gonna be a tough act to follow. Overall, I don’t think it got spoiled by its previous success and at least dared to try an entirely different direction hence being justified by a new worthwhile story arc. And remember: “Destiny’s hard to run away from.”