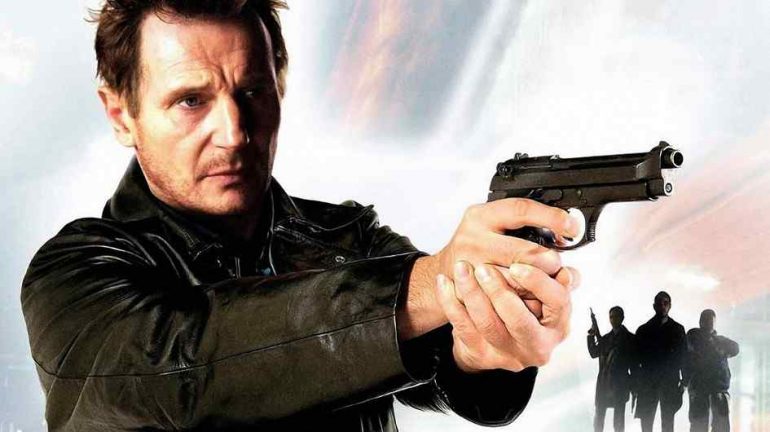 You Don’t Win Friends With Salad!

Welcome to a new blog series in which I break down minor moments that stand out to me as odd in otherwise decent movies. Or just me randomly ranting about something incredibly stupid, so the usual. Anyway today’s rant is brought to you by the guy making a salad during the spontaneous “BBQ to cheer up an old friend” scene from TAKEN.

Really guy, you’re tossing a fucking salad? You do know there are no women around don’t you? No man has ever eaten a salad without trying to impress a woman, and if he tells you otherwise there must be a woman within ear shot of the conversation. First of all you’re there to cheer up a friend; the other guys got it right by bringing meat and beer, but you took it upon yourself to bring a salad, and not even a prepackaged bag salad either. You were tossing that salad, meaning that you bought all the ingredients, cut them up like Martha Stewart’s, and tossed that shit up on the spot.
Now the thing that boggles my mind is this seemed like a spur of the moment kinda thing- “hey man, lets go cheer up Brian!”

His ex wife’s a bitch, and her new husband has more money than Englebert Humperdinck. So now you’re in the car when the other guys say “Lets grab some beers, and some meat to throw on the grill” yet your first instinct is to buy some salad fixings? C’mon man you can get pre-made potato salad at the deli. What is your problem, guy? Was it your father, did he not acknowledge you as a budding man during puberty leaving you to spend your afternoons before he came home from work wearing your mothers apron, and tossing salad while crying and listening to Dolly Parton records? Ok I’m gonna give you the benefit of the doubt here, and maybe you thought there might be a woman at this shindig, but then when you arrived and saw that there wasn’t any why didn’t you throw it in the bushes like any normal man does when his wife makes him carry the salad to the neighborhood pot luck? “What, oh where’s the salad? I don’t know honey; maybe that guy with the knee high socks wearing the flip flops ate it all.”

Brings a salad to a buddy’s house… people like you make me sick, guy who’s only in the movie for all of two seconds. Is this how you want to be remembered guys who’s name I don’t know? As that “salad guy” from TAKEN? You should be ashamed to even put that on a resume, if I were you I’d petition for an Alan Smithee credit during the end credits sequence after that salad fiasco robbed you of your dignity. You sir, are a disgrace to men everywhere, and if you ever bring a salad to my house without any women around I’ll have you arrested for impersonating a man. Then you can toss all the salad you want, in jail where sickos like you belong!