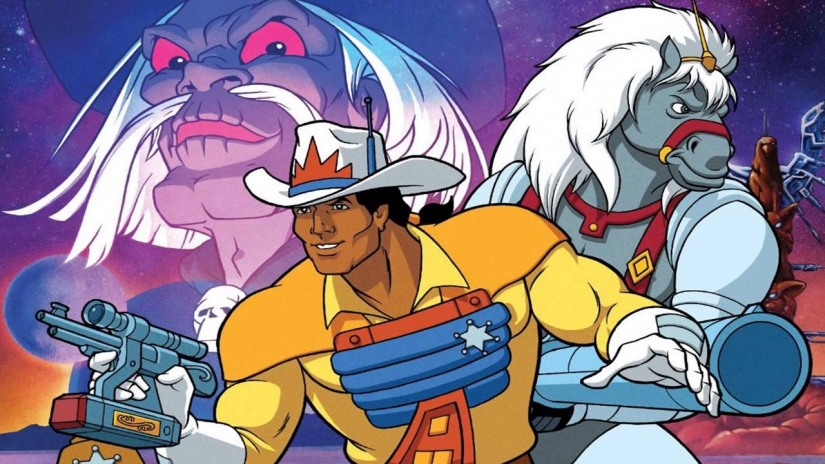 Following on from my recent article on retro videogames that could make rad movies I thought this week I’d look at some childhood favourites that could also make for entertaining live action fare. When you watch these intros now some of them may seem cheesy as Hell however, when you’re 8 years old and sitting on a Saturday morning with your bowl of cereal life was never better or simpler.

A few 80’s cartoons like Masters of the Universe and M.A.S.K. are apparently in development so I left them off the list. I also did an article a few months back about Defenders of the Earth which is why that isn’t on the list. I was going to put Battle of the Planets but I recently found out that a movie was actually released in 2013.

Silver Hawks told the story of a team of human heroes in the 29th century who were given metal bodies and hawk wings to stop organized crime in the Galaxy of Limbo. It was essentially a sister show to Thundercats featuring many of the same voice cast.  With the popularity of superhero movies these days this could easily be adapted for a modern audience.

This was my favourite cartoon growing up; I thought the story was quite ingenious and they could easily cast Liam Neeson in the lead role (see below). It had a catchy theme tune and also I just feel that there aren’t enough movies set entirely in space outside of Star Wars/Star Trek movies. A mythological space opera with one man defying the ancient Gods has endless potential for greatness. 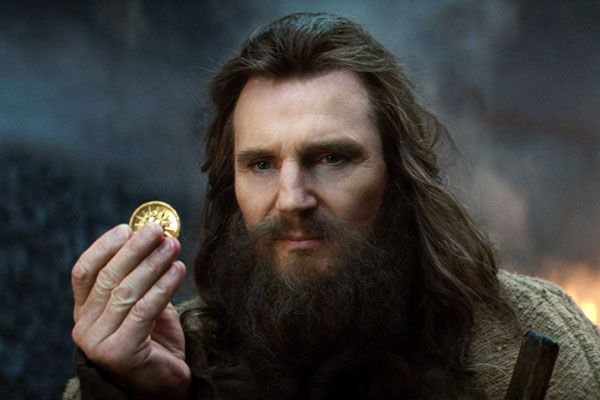 Everyone has been asking for a Thundercats movie for a while now but it’s never happened; instead we got the shit looking Netflix series reboot with crappy animation. I’m not sure how a live action film would work but I would still watch it if it ever happened.

POWER EXTREME! This was another show I watched religiously growing up; it had characters with manly names like Ace McCloud, Jake Rockwell, Rex Charger and John Thunder. The bad guy was a cyborg mad scientist with the subtle name of Doc Terror; he sought to conquer the Earth and turn its inhabitants into robot slaves. He is assisted by his cyborg companion Hacker and an army of robots. The good guys had exo-suits they would wear and have epic battles with robots. The big question is WHY has this not been made into a movie yet?

Knights of the Magical Light! The hologram action figures were so cool and this was allegedly going to be part of a Cinematic Universe with other Hasbro properties but thus far nothing has happened. I’ve lifted the plot overview from Wikipedia but the story is set on the fictional planet of Prysmos, a futuristic society where all technology and complex machinery suddenly cease functioning, and its citizens are forced to rely on ancient magic to survive. The titular Visionaries are knights who are split into two factions: the heroic Spectral Knights and the evil Darkling Lords. Everyone who wishes to gain the usage of magic is invited to a competition by the wizard Merklynn. After surviving traps, dangerous creatures, and each other, survivors are rewarded with unique animal totems affixed to their armor chestplates; these talismans are based on the bearers’ individual attributes while allowing them to transform into their specific creatures.

It would likely be cheesy but radness could still be possible…

This would require a pretty huge budget but I always thought it would make for a cool movie. Jayce and the Wheeled Warriors had two duelling forces. The heroes are humans called the Lightning League who drive white and silver vehicles with assorted weaponry led by a teenager named Jayce. The villains are organic plant-based creatures called the Monster Minds who travel via large green organic vines, which can grow in and across interstellar space, and sprout seeds that grow rapidly into further Monster Minds. They are led by the very first of the Monster Minds, Saw Boss.

I love how the plant based characters are the bad guys which is the total opposite of what you’d expect. Death to all plants!

It’s Stompin’ Time! I’m surprised this hasn’t made its way to the big screen yet as we are still sorely in need of a Native American action hero. Bravestarr had a mixture of science fiction and western genres and was set in the 23rd century on a multi-cultural desert planet called New Texas. Admittedly I would probably ditch the talking shotgun wielding horse as there is no feasible way that wouldn’t be terrible but otherwise sign me up.

The recent Jurassic World movies have kind of been going in this direction but Dino Riders doesn’t beat around the bush and gives us what we want – dinosaurs with weapons. Hell yeah! The cartoon told the story of the battle between the good Valorians and the evil Rulons on prehistoric Earth. The Valorians were a superhuman race, while the Rulons were a mixture of humanoid creatures. Both races came from the future but were transported back in time to the age of dinosaurs. Once on Earth, the Valorians befriended dinosaurs, while the Rulons brainwashed them. Could be terrible. Could be awesome. Either way they’d get my money.

Dungeons & Dragons focused on a group of six friends who are transported into another realm and each episode followed their adventures as they tried to find a way home with the help of their guide Dungeon Master. There have been a couple of live action Dungeons and Dragons movies except they were absolute toilet so I think it is due for a reboot with a decent budget and most importantly give us Venger and the big ass dragon Tiamat. Let’s not bother with Uni though… prick.

I totally forgot this cartoon existed until a few months back. COPS stood for Central Organization of Police Specialists and was about a team of highly trained policemen tasked with protecting the fictional Empire City from a group of gangsters led by the Big Boss. No reason why this couldn’t be awesome if done right.

Honourable Mention: Supernaturals I don’t think was ever made into a cartoon but I remember the toys had these awesome holograms and could make for a wicked movie.