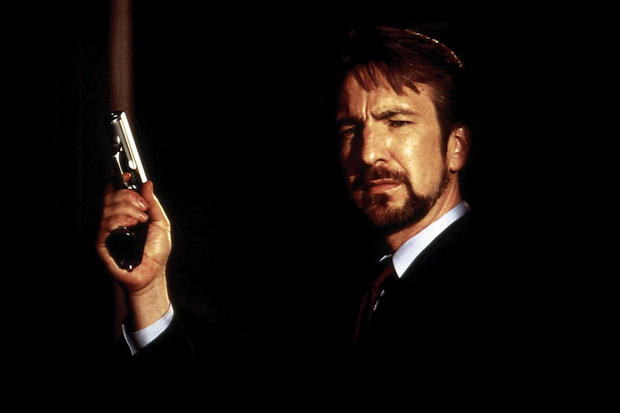 Everyone loves an action hero, but what use is a hero without his nemesis?

Here is a small selection of my personal favourite action movie villains. *Note: No Aliens or Predators*

Wesley Snipes played Phoenix to perfection coming off as a mixture of The Joker and a Bond villain but never short on humour or one-liners. It is one of Snipes’ roles alongside Blade.

I was trying to decide if it should be Scott or Ivan Drago from Rocky IV, but in terms of sheer villainy it has to be Scott. Ivan Drago doesn’t have a necklace made of human ears (that we know of) and hasn’t killed a lot of innocent people. The opening scene of Uni Sol is still pretty shocking as he heroically shoots two unarmed civilians in the face while calling them traitors. He’s scary with a side order of batshit to boot. When he is brought back to life as a Universal Soldier, he’s badder than ever and that includes his one-liners.

“Freddie Mercury” on steroids according to actor Vernon Wells who played him; this was actually a deliberate move. He has just the right amount of arrogance and smugness to deserve his comeuppance and literally let off some steam. He’s not really threatening, just funny, although the thought that he could at any time start singing Radio Ga Ga does make one shudder.

John Malkovich hams it up as this classic villain in one of my favourite movies. “The next wings you’ll see will belong to the flies buzzing over your rotting corpse.” It takes a great actor to deliver that line and not start laughing but Malkovich does it with glee. Facing against Nic Cage and his mullet flavoured with awesomeness, the character (like the film) doesn’t take itself seriously at all.

An underrated villain played by Patrick Kilpatrick but he really steals the entire movie. The characters appearance is creepy in itself but the fact that The Sandman just enjoys killing people makes him one of the most deadly serial killers, devoid of remorse or feeling. He just laughs while JCVD’s Burke tries to fight him.

When I first watched Robocop way back in ’87, Clarence was absolutely terrifying and I can safely say that after all these years, he’s still equally as nasty. A born killer with no conscience, he just enjoys relieving police officers of their hands and their lives. Any time I see the actor Kurtwood Smith in anything since, I shiver because he will always be Clarence.

This remains one of Arnie’s best roles. It doesn’t require a whole lot of acting, just staring and hurting people, which he’s very good at. An invincible killing machine who enjoys nice walks at night; pray you don’t bump into him while walking your dog, because he’ll steal your clothes, your boots… oh and your heart, by ripping it out of your chest.

Sure, he’s probably more funny than anything these days thanks to Austin Powers, but Blofeld remains an important villain. I feel that Bond has struggled to find a truly great nemesis recently. Rather than a deadly warrior, like Die Hard’s Hans Gruber, he’s a thinker; he works behind the scenes and gets his inept henchmen to do his dirty work.

It was hard to choose between the two so I figured I’d have both. Jack & Heath both provided their own version of the iconic comic book villain but Heath really brings the crazy to the role. TDK’s Joker is an anarchist who revels in chaos and just wants to push everyone over the edge. He succeeds with do-gooder Harvey Dent by destroying not only his face but his mind as well… and all with a smile on his face.

Suave, sophisticated, intelligent and utterly ruthless. You’d almost like the guy if he wasn’t such a complete bastard. He remains John McClane’s greatest foe because he uses his brains rather than brawn and to this day remains Alan Rickman’s finest hour.