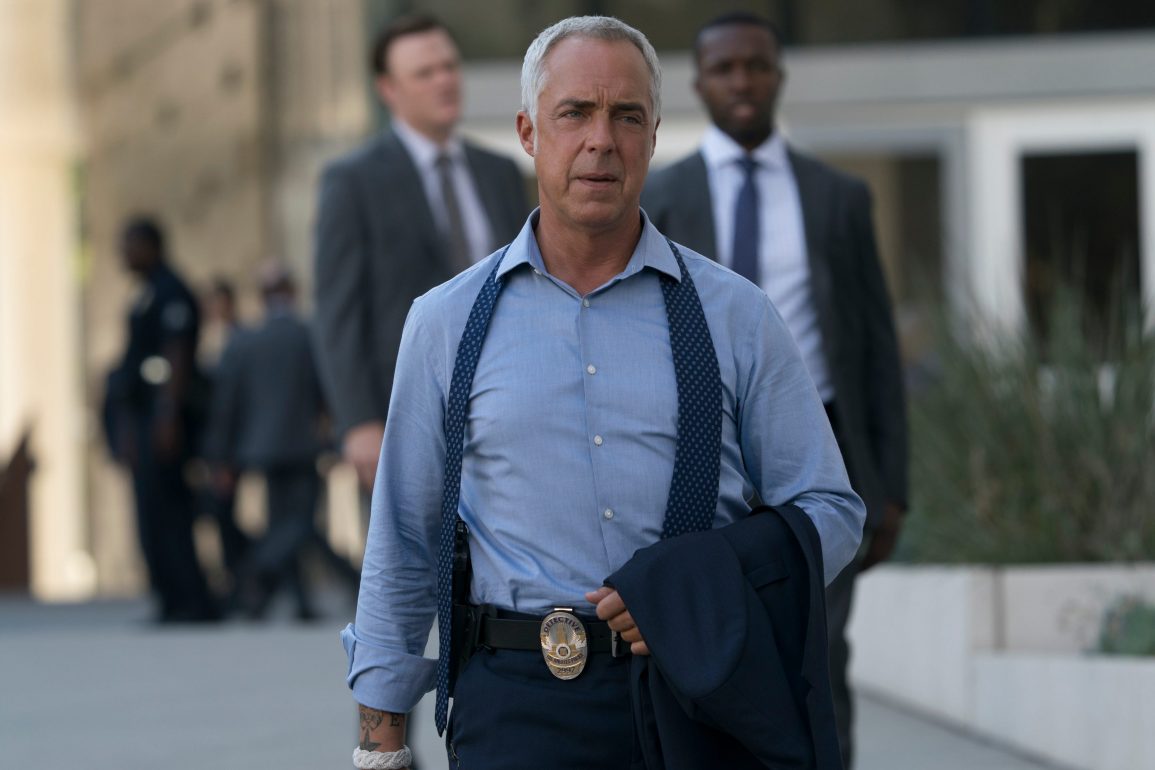 The action-packed crime mystery airing on Amazon Prime streaming is based on author Michael Connolly’s books. It showcases the title character who’s a troubled LAPD detective uncovering uncanny social, political and underground related crimes. It’s an easily entertaining show with much to highlight but how about we tackle the most intense moments? Ready or not, here we go!

Bosch gets to utilize a portion of his former special forces training to plant some tripwire and sneak up on another ex-special forces guru: Dodds. Dodds has been trying to frame Bosch for another crime while also disposing of any loose ends after using other mercs for his criminal activities. Bosch gets the upper hand and it’s a quick scene but still damn well-shot and suspensefully done.

While Bosch is in court with other colleagues and those he knows personally, he is tipped off that the realtives of the White Supremacist terror cell have planeted a bomb. It’s a nifty way to conclude the already exhaustingly stellar season and you can just detect the sweat, terror and dread on all the character’s faces!

A brief yet so well filmed aerial view showcases Bosch, Edgar and an FBI agent on liaison to the LAPD who must pursue a suspect who knows about a kidnapped scientist who’s chemicals may have been used to create a bioagent for a bomb. This scene helps us, the viewers, get used to the upcoming stakes and double crosses in store for the rest of the season. It also allows us to get used to feeling tension just seeing any of the characters walk around a street corner.

A club bouncer (who’s not what he appears to be) is working for a club owner (also not who he appears to be!) and decodes to roughhouse Bosch, regardless of him displaying his badge. When being escorted outside finally, Bosch finally gets to get in a few punches and uppercuts to the tall guy, letting him know he’s not gonna forget who he just forced to exit! It’s an uncanny episode but it all wraps up rather well and ends up configuring half of the other plot twists later on.

Tracking down crooked ex-cop Nash to a cabin owned by his ex-wife, J. Edgar provides cover fire via shotgun blasts while Bosch fires away with a standard police pistol. Nash is relentless with the machinegun fire but Bosch is able to cap Nash a few times, causing Nash to drop his own deadly grenade, ending his reign of terror. An altogether well-thought out and seen shootout that ends with a welcome explosion, all without being cartoonish.

Bosch utilizes his cellar and shotgun when deadly smuggler Walsh and his two goons decide to waste Bosch after he shattered their whole den of operations. Bosch’s dog Coltrane assists Bosch in taking on the 3 intruders and the whole scene is relentless in its thrill factor.

A brief yet quick part of the episode where something had to distract from Bosch and Edgar’s main case as Bosch’s wife and daughter were briefly put in jeopardy. We buy into it so much as any part of this show as Bosch is a former Ranger and Edgar is pretty adept at sneaking into any closed off criminal hideout. We are left to believe that Bosch kicks the shit out of one of the 2 kidnappers off-screen but that actually makes it all the more awesome for us as we can only imagine how many punches this asshole got from Bosch as this is too personal!

Without spoiling anything here, a key suspect is trailed to a bank trying to flee the country when they’re stopped by ex-security guard Nash and his gang of crooked Narcs AND a deadly Russian gang- both of who want the money the suspect has. Bosch and partner Edgar end up engaging the Russians and dirty cops after most of them are done killing each other and as leader Nash makes a getaway.

Bosch’s cover is finally blown thanks to a true crime blogspot post and compromises his plane travel among the smugglers who already suspect him. Bosch gets to finally unleash the ass-kicking we’ve been waiting so long for him to do. He gets to knife the first murderous smuggler in the neck via a hidden compartment on his cane he’s been using as part of his cover. He then proceeds to use that dead man as a body shield before struggling with the second smuggler and getting the upper hand via using the plane’s rope and a nice eye gouge! Justice is fucking served!

We all like it when we get even with a crappy higher-up and this is totally worth a six month suspension as it’s so brutally sweet! A key moment in the first season finale that’s endlessly referenced throughout the rest of the series. If anyone has a crappy boss they need dealt with, they could lead from Bosch!