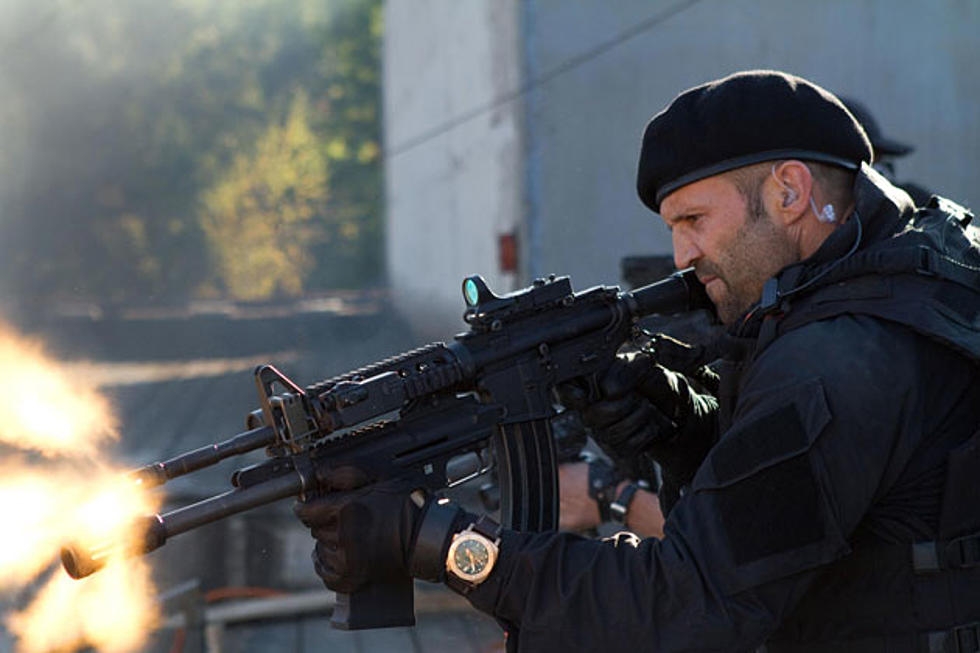 It’s the most wonderful time of the year so it’s no wonder they named the biggest holiday after Jason Statham’s badass character Lee Christmas from The Expendables franchise. As a tribute to the Knife Before Christmas I thought I’d post 10 of my personal favourite Lee Christmas moments from the series.

This is pretty much the entire crew however, Lee Christmas mans the big guns as the ride into town to rescue one of their own.

I don’t hate Expendables 3; it has its flaws but there is plenty to enjoy with this climactic fight one of the highlights and Lee takes down a thug with yep, you guessed it… a knife.

This is a short but sweet fight with Lee and Barney taking out the trash with some brass knuckles in a bar.

This fight always should have been longer but it’s Scott Adkins vs. Jason Statham. ‘Nuff said!

There are a lot of knife fights in this series but one of the best is Lee and Barney making their escape against Eric Robert’s goons so lots of stabby goodness ensues.

It’s Statham and Jet Li vs. Gary Daniels in one of my favourite fights of the series which ends very satisfactorily.

This is such a classic old-school action movie line and fight scene hearkening back to the classics of the 80’s.

Lee and Barney are making their escape from the bad guys when they decide it just wouldn’t be Christmas without leaving behind a gift… like blowing the shit out of the harbor and killing the bad guys. God bless us everyone!

This remains arguably my favourite scene of the entire series as Lee comes to the defence of his lady after she is beaten up by her new boyfriend. This is so satisfying and badass.

So there we have it; a quick tribute to Lee Christmas; giving out beatdowns like Christmas presents. Happy Christmas everyone!