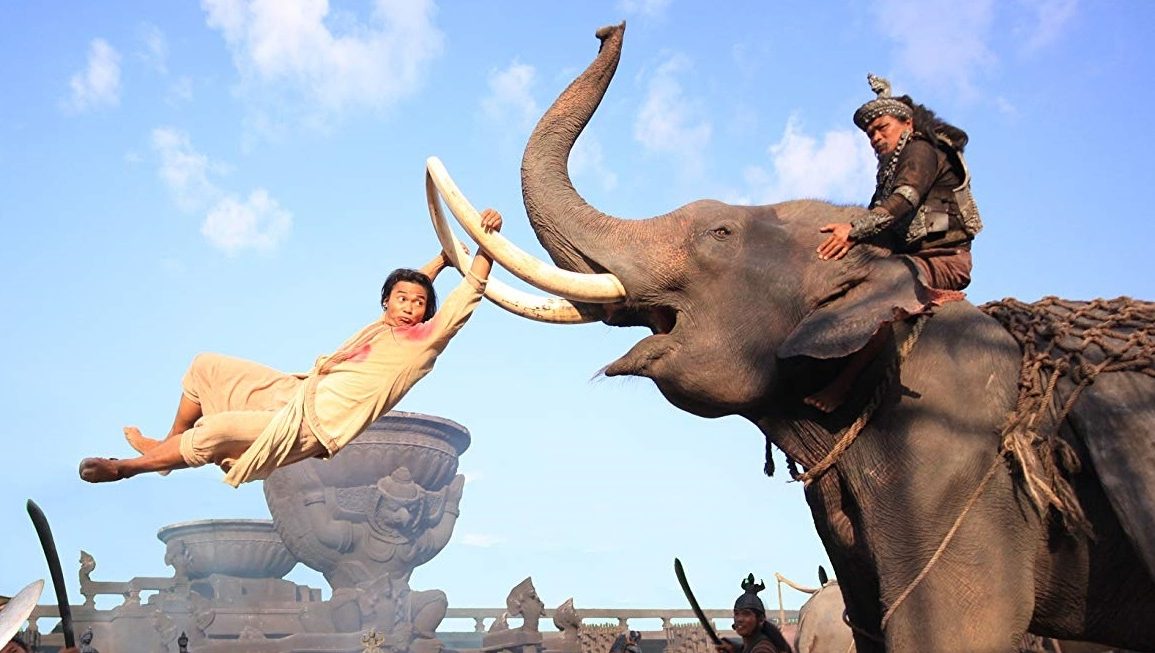 Today is martial arts star Tony Jaa’s birthday so I wanted to pay tribute to him by posting 10 of my favourite fight scenes of his. To be honest it’s hard to narrow it down to just 10 as he has had some amazing throwdowns but here are some good ‘uns. Happy Birthday Tony!

I know there is some wirework here but I still love this fight and seeing Tony Jaa and Wu Jing take on Max Zhang never gets old.

I don’t think is a particularly great movie but there are no issues with the action as you can see with this climactic fight scene.

I love Skin Trade and think it still deserves a sequel so Dolph’s characters can find his daughter; it has a great cast and one of my favourites is this climactic battle between Michael Jai White and Tony Jaa.

Ong Bak is what brought Tony Jaa to the attention of international audiences and this final sequence is still jaw dropping as the choreography is incredible showcasing Tony’s incredible skill.

Talk, talk, talk… no more talk. Triple Threat is one of my favourite action movies of the past few years and this final fight between Scott Adkins and Tony is one of the best battles of the film. Both fights are so fast and agile that I sprain my ankle just watching it.

So my love affair begins for The Protector which remains my favourite Tony Jaa film so expect a few more fights for the rest of the top 10. This is another scene that just blew me away the first time I saw it; there is no CGI and just Tony moving like bloody Spider-man!

This is two fights in their absolute prime with Lateef Crowder ever bit the match for Ton’y skill. Not only is the fight awesome but it looks great too with the fire surrounding them giving a extra added threat.

I remember the first time I saw this movie I was thinking “who the Hell is this guy?” as he moved like no one I had ever seen in a martial arts movie before. The build up to him actually fighting reaches breaking point but when he finally unleashes the fury it’s classic stuff.

I haven’t watched this movie for a while but the one thing I remember is this fantastic final fight scene which has Tony kicking ass with the help of an elephant which once again is unlike anything I’ve seen before.

This had to be number 1 as it’s one of the all-time great fight scenes and it’s all done in one take. I wonder how many stunt performers ended up in hospital after filming this as it looks brutal.