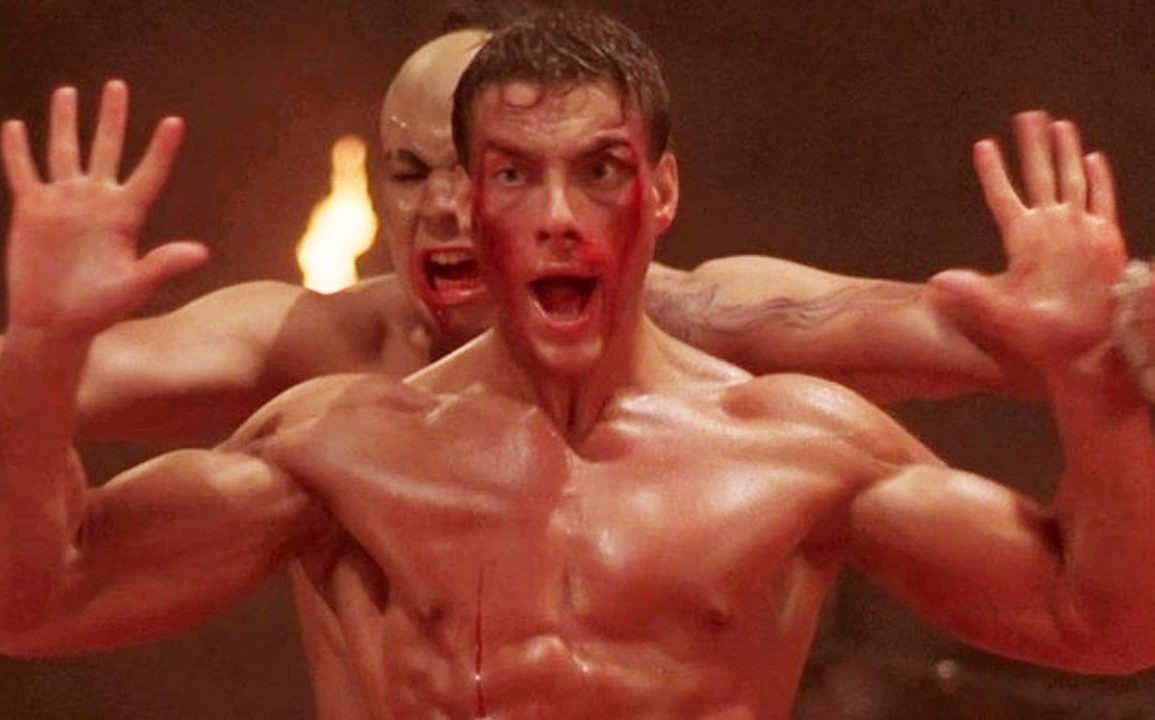 Over the past few weeks I discovered that I did indeed back up the site so a lot of posts I thought I had lost last year have been recovered; this is one of them which deserved a repost.

Jean-Claude Van Damme has faced off against some great villains in his career so today I’m going to go over my personal 10 favourites.

Honourable Mention: Radovan Brokowski (Daniel Bernhardt) in Kill ‘Em All – He was a solid enough bad guy but the movie was such total shit that I couldn’t have it in the top 10. Shame as Daniel was the best thing about it.

One of JCVD’s more cerebral villains; Senator McComb is not a martial artist but he’s an evil political mastermind who can travel through time and adjust it to his own fiendish needs. This also involves murdering Max Walker’s (JCVD) wife… Senator McComb will discover that wasn’t a very wise idea.

Sometimes your greatest enemy is yourself as Van Damme discovers in this sci-fi actioner. Garrotte is a particularly nasty serial killer with a penchant for killing mommies. Van Damme was fantastic in the role and really showed how convincing he could be as a villain. He has a great fight with himself at the end which was nicely executed.

Fender Tremolo is a real piece of work; he’s a born killer in a post apocalyptic world who takes sadistic pleasure in forcing people to rub their hands along barbed wire and and he will kill without remorse. He even says “I like the death. I like the misery. I like this world!” Probably not good company around Christmas… he also says “Arrrgh!” a lot.

A movie that doesn’t get much love, but I’ve always enjoyed The Shepherd mostly because it has Scott Adkins as a drug smuggling bad guy. He has a fun fight scene with JCVD at the end and it was the first time where we got to see these two action titans trading blows. Adkins has become very adept at playing a villain these days, but despite this film’s flaws he kicks plenty of ass and it’s never less than watchable.

Fouchon and his henchman Pik (Arnold Vosloo) hunt the homeless for sport and leave no witnesses. Like McComb in Timceop, Fouchon is not a martial artist but prefers to use guns… lots of guns and is as sadistic as they come. The explosive finale between hero and villain is one of the best of any JCVD film.

The Sandman only has a small role in the movie essentially at the beginning and at the end, but Kilpatrick gives such an electric performance as the seemingly invincible killer that he manages to creep you right out. For the role he shaved parts of his head and eyebrows to give him a more fierce countenance. It worked. The fight between Burke (JCVD) and The Sandman is legendary and has an awesome climax next to a furnace… it doesn’t end well for the Sandman.

Joshua Foss is pure evil and enjoys every moment of it. I frankly wanted to put him at number 1 because he’s such a merciless psychopath. He’s ex-CIA and he kidnaps the Vice-President, holds a hockey stadium hostage, then kidnaps little girls while coldly murdering innocent civilians. His death is satisfying but could have been even more violent frankly.

It was almost a tie between Chong Li and Tong Po as they are both pretty nasty pieces of work, but Bolo just comes across as utterly terrifying; he’s bloody huge and intimidating, can do amazing martial arts and will happily paralyze his opponents. When he has the climactic fight with Frank (JCVD) he is not only defeated but utterly humiliated, which is even more satisfying.

Tong Po scared the hell out of me when I was a kid and frankly he still does; he is the kind of dirty fighter that will do whatever it takes to win including raping and kidnapping. Every moment he’s on screen he is threatening and imposing with great martial arts skills. His final fight with Kurt (JCVD) is one of my favourite Van Damme bouts.

I know it’s rather predictable that he’s at number 1 and a lot of people don’t like these movies, but few can compare to Dolph when it comes to villainy. He has played the character 3 times (so far) and the role is different in every installment. In the first Uni Sol he has the greatest bad guy death of all time: “You’re discharged… Sarge!” Classic!

So there you have it, my personal favourite Van Damme villains. Who are your favourites?