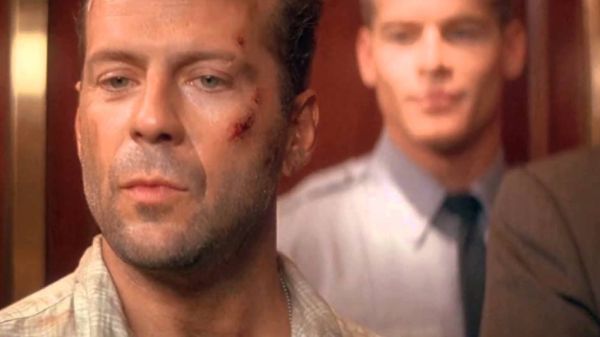 It’s been a long time since we did a top 10 so today I thought I would look at 10 electrifying elevator encounters. I’ve always loved fight scenes in enclosed spaces like elevators as there is a sense of desperation to them as it feels like a literal battle for survival with no escape.

Honourable mention: Hobbs & Shaw – technically it doesn’t take place in an elevator but around it.

I’ll never forget the first time I saw this scene back in 1992 on the big screen and it was (and still is) visually incredible with the T-1000 in hot pursuit of the T-800, John and Sarah Connor.

The whole opening sequence of Speed takes place in or around the elevators in an office building but I chose this scene in particular as it’s the most intense as the crazed Howard Payne (Dennis Hopper) holds Harry (Jeff Daniels) hostage as Jack Traven (Keanu Reeves) watches helplessly as he escapes.

This is arguably my least favourite Mission: Impossible movie but it has its moments and this scene is one of them with super spy Ethan Hunt escaping capture in rapid but painful fashion.

Donnie Yen defends himself and his wife from an attacker in the third film in the successful series; I love the build up as the assassin slips off his shoes and Master Ip passes the package to his wife as they prepare for action.

This is may be the most gory scene on the list which starts off as a romantic kiss but climaxes with the Driver (Ryan Gosling) Riverdancing on some guy’s head.

This is one of JCVD’s more underrated pictures and this scene has Van Damme trying to defend himself from an assailant with a knife.

Although not one of my favourite Bond films I always liked this fight scene which has 007 having a violent face-off with Peter Franks.

Captain America: The Winter Solider is probably still my favourite MCU film as it goes for that 70’s thriller vibe but I also love the action scenes with this elevator fight a true highlight; it also has the added bonus of Frank Grillo.

It’s Iko Uwais vs. Yay Ruhian before The Raid in Merantau which is s satisfyingly brutal as you’d expect from Gareth Evans.

1. Die Hard: With a Vengeance

This is John McClane at his most vicious as he realizes the men he is with are not cops but terrorists in disguise; it does not end well for said terrorists.