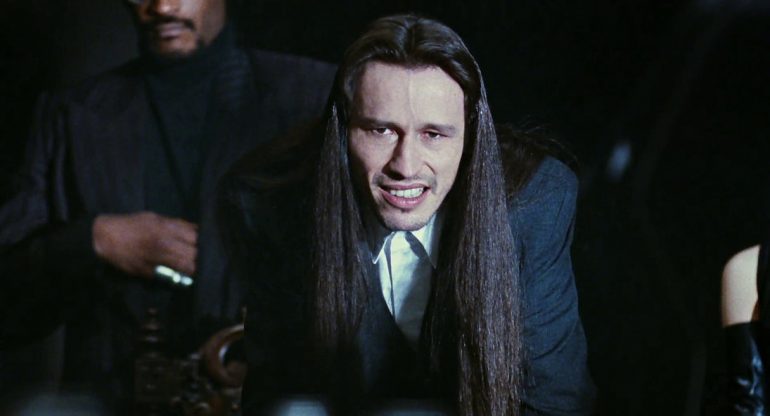 Michael Wincott was the go-to villain during the 1990s with one of the best voices in the business; he’s been in a ton of movies and television series over the years but today I wanted to pay tribute to one of my favourite actors and some of his most iconic villain roles.

Honourable mention – Miami Vice – he only had a small role in the TV series but it deserves a tip of the hat because it’s a classic television series.

It’s more of a supporting role as he rides with Liam Neeson’s vengeful Carver but he’s still not a nice chap and this movie is awesome.

Dorleac – The Count of Monte Cristo

I can’t find any decent quality videos of Michael but he was a rather sadistic brute in this movie as the jailer who keeps Edmond captive and tortures him.

This Western starring Keifer Sutherland came and went with little fanfare but I absolutely loved it and was lucky enough to see it at TIFF; Wincott himself was there and to this day he’s someone I would love to interview. Turner is one of his more interesting antagonists as he has a code of honour and his story doesn’t quite go the way you’d expect.

This isn’t an action movie but there is no denying Moxica is an absolute monster; just watch the graphic scene above and you’ll see what I mean.

As I said in my recent review for Strange Days, Philo may not be the primary antagonist but he is still a piece of work who slaps his women around so he is a bad egg.

Rochefort is one of the legendary villains of literature so Wincott was perfectly cast as the right hand (but one eyed) man to Tim Curry’s sneering Cardinal Richelieu.

Although he gets murdered by one of his own relatives (Alan Rickman), Gisborne still makes for a fun villain and his scenes with Rickman are gold.

Arguably his most sinister villain to date, Korda transforms from charming nice guy into a vicious killer within seconds in this underrated Eddie Murphy vehicle.

Gary Soneji- Along Came a Spider

It’s too bad he was only in the one film as Gary Soneji shows up in several James Patterson books as one of Alex Cross’ man nemesis and is once again another menacing killer with Wincott and his amazing voice so perfectly cast.

How could anything else be at the top? The Crow is one of the all-time great films and Top Dollar is Wincott at his absolute best. He has some incredible dialogue and it’s hard to picture any other actor having the same presence. “Childhood’s over the moment you know you’re gonna die…”

I do wish Michael and his brother Jeff had done a film together; imagine how much cooler Martial Outlaw would have been with them both…