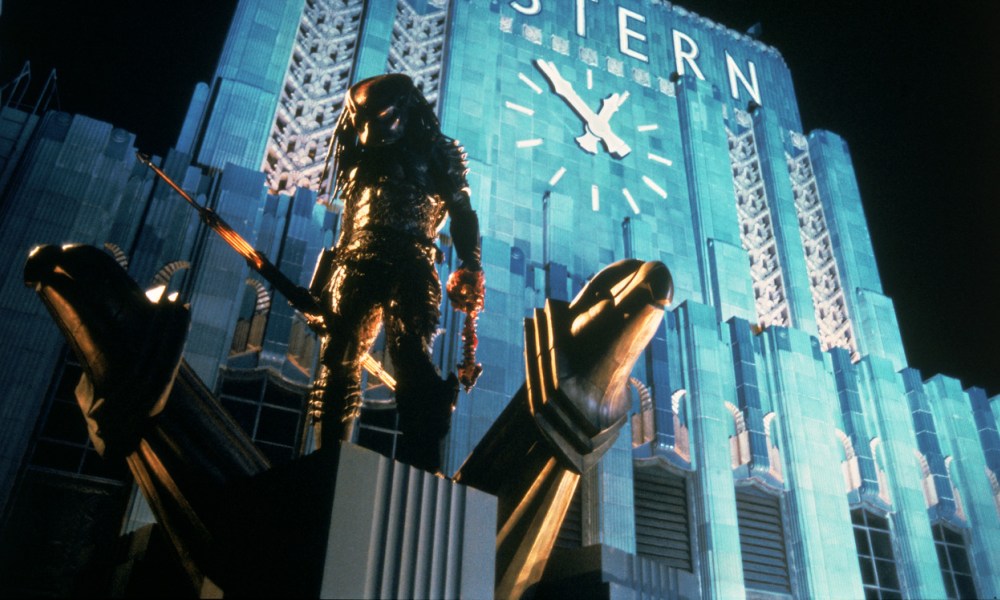 Since back in 1991 when Predator 2 was first released, I’ve heard nothing but bad things about it and I often wonder if people watched the same movie I did.

It has a really low score on Rotten Tomatoes with the majority of critics hating it; understandable as critics hate most action movies but I’m afraid I love Predator 2 every bit as much as the first movie.

So without further ado, here are my personal 10 reasons why Predator 2 is in fact wicked.

The Predator: Well duh! He’s the coolest alien in cinema history to me with some of the best and most lethal weapons you’ll ever see. Sure Arnie may not be in this movie but The Predator is and for me, he is the REAL star of the show.

The Music: Alan Silvestri returns to provide the familiar themes of the first movie which remains one of the best action scores of all time. It’s bombastic yet tuneful and even during the quiet scenes builds up tension and a creepy atmosphere. The percussion and sound effects provide an urban jungle effect which works perfectly for this movie.

The Location: I know everyone thinks it should have been set in the jungle but we’d already seen that; I loved how it was set in a crime-ridden city as it was almost like a playground for the Predator, who is like a vigilante in this movie. If you’re a criminal, you’re screwed.

The Subway Scene: This is arguably my favourite action scene of the Predator series. I love the idea of commuters all armed with guns and Predator going crazy on them. He has a strange sense of honour where he won’t hurt people who are unarmed, sadly for these train passengers, they chose the wrong day to bring a gun to work.

The Atmosphere: The movie opens with a stunning street shoot-out, establishing a future that is in complete chaos, with drug wars going on in our very streets. Every action scene is nicely shot and the whole movie is dripping with tension, not just from The Predator but everybody just seems to hate each other.

Gary Busey: Any movie is better with a sprinkling of Busey craziness and his character in this is almost obsessive about catching our alien antagonist. At first you aren’t sure what his game is but as the story progresses we discover that he is actually a good guy… sorta. He’s just a bit nuts.

The Violence: This movie ups the bodycount from the first movie by adding the sadistic Jamaican Posse’s to the story who literally cut people’s hearts out before feeling the wrath of a certain someone. The Predator himself isn’t exactly a nice guy by chopping off heads, wiping out an entire subway full of people, skinning them and more.

Danny Glover: I don’t care what anyone says, Glover rocks. He’s just constantly angry in this movie and comes off as a man under extreme pressure. Sure, he may not be built like Arnold but I actually like the fact that they went for something different. He has a real problem with authority and the scenes between him and Busey are some of the best.

The Finale: After Danny Glover has killed the Predator with its own weapon, he is ready to crawl off into the sunset and collapse; he then discovers that there wasn’t just one Predator. They have been coming here for hundreds of years to hunt. A Predator hands Glover an old gun really as a sign of respect because he proved himself the ultimate warrior.