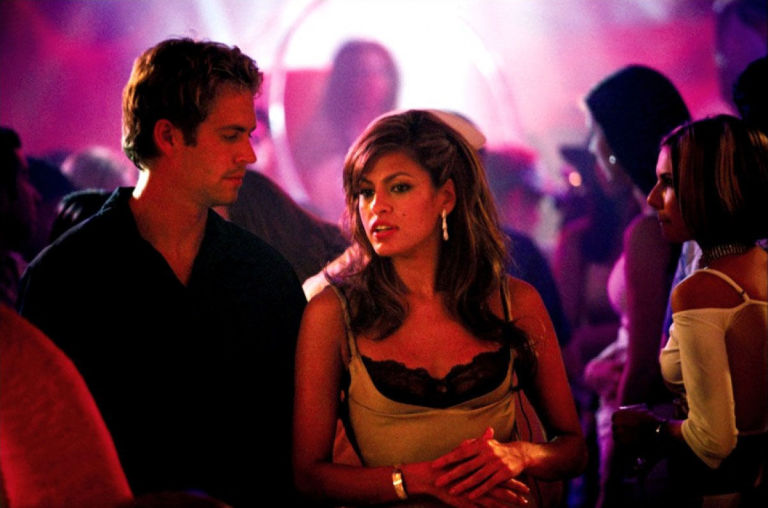 2 Fast 2 Furious is still an entertaining and fun movie but compared to part 4 & 5 it pales in comparison. You also really miss Vin Diesel’s character.

Plot: Former cop, Brian O’Conner is finally arrested after letting his leader escape the law. To avoid the consequences, he must now work with an old college friend and help the police arrest a local drug exporter.

Review: This is widely considered a lesser entry in the series and perhaps compared to Fast Five it may be, but it’s by no means a bad film and has plenty to enjoy. It still has Paul Walker & Tyrese Gibson for the girlies, Eva Mendes in a bikini for the lads and plenty of fast cars thrown in for good measure.

Alas, it doesn’t have Vin Diesel and you do notice his absence. Tyrese is good in it but he just lacks the likability of Diesel and comes off more as a whiney bitch.

Cole Hauser plays the villain which he’s always very good at; he just has a tough demeanor and you believe him as a bad guy. He doesn’t need to scream and shout, just give that stare and you’ll know he means business.

There’s plenty of awesome races and action scenes in this movie and the pacing is injected with NOS to keep it throttling along… OK I’ll stop with the car analogies.

It has the kind of music you’d expect, loud pumping hip-hop and rock and it all adds to the atmosphere which is consistent through the entire series. The score is provided by David Arnold of James Bond fame, who does a good job but I prefer Brian Tyler’s work in later entries.

There is the odd CGI used in the car racing scenes and to me, that totally defeats the purpose. Fake stunts aren’t impressive. I don’t want to watch a video game, I wanna see real cars, doing real stunts.

Overall, 2 Fast 2 Furious is still an entertaining and fun movie but compared to part 4 & 5 it pales in comparison. You also really miss Vin Diesel’s character.