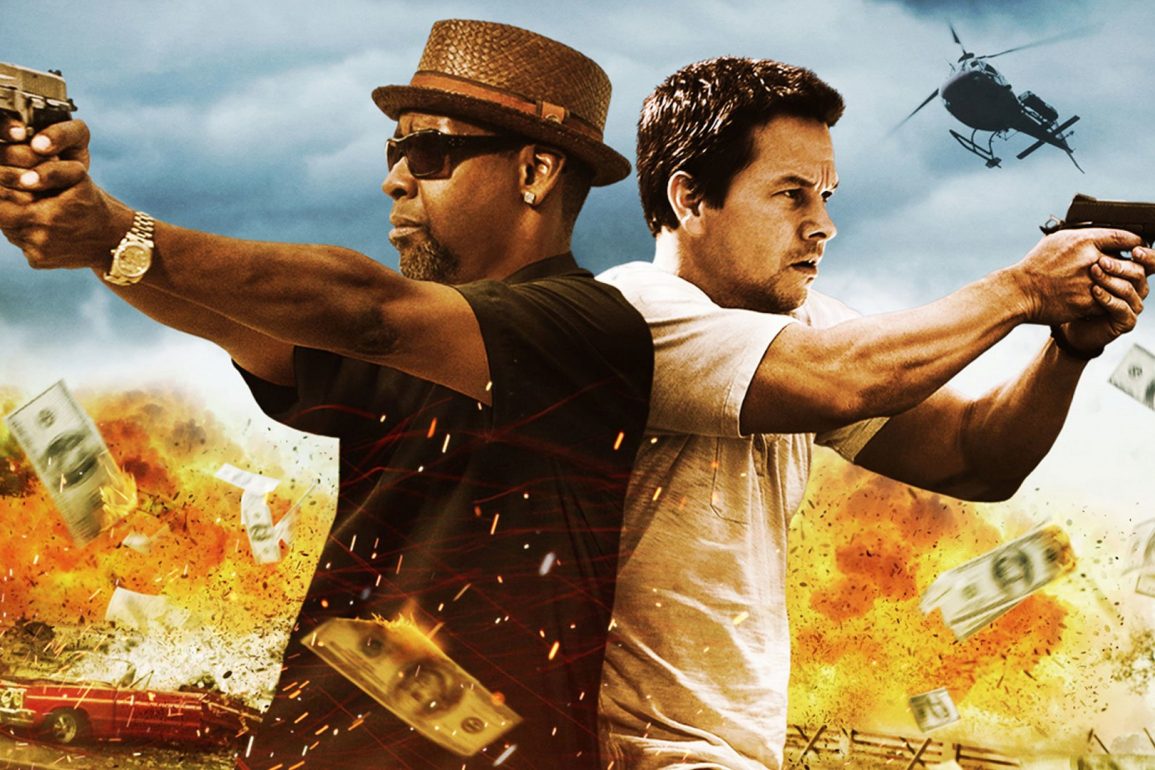 If you’re looking for an R rated, old-school buddy movie then look no further because 2 Guns will be in my top ten movies of 2013.

Plot: A DEA agent and a naval intelligence officer find themselves on the run after a botched attempt to infiltrate a drug cartel. While fleeing, they learn the secret of their shaky alliance: Neither knew that the other was an undercover agent.

Review: I love when I have been looking forward to a film for months and it ends up being even more entertaining than I was expecting. 2 Guns is pure entertainment and I haven’t had so much fun in a theatre in a long time.

It’s easily the best buddy movie since Lethal Weapon and the cast are all fabulous. Mark Wahlberg has some great lines and has really proven himself at comedy but so is Denzel who normally plays the straight guy. Sure, he essentially is playing that role in this movie but he is ridiculously cool but is also not without some great lines.

As good as the two leads are though, this movie is owned by the legendary Bill Paxton as the villain, Earl; I think it’s a career best performance because he makes the Devil look like a nice guy in comparison. He tortures people left right and centre and has a real penchant for Russian Roulette. The scene between Bill and Denzel in the house is almost unbearably tense and you could have heard a pin drop in the cinema.

It really is the return to old-school action you’d want it to be with no noticeable CG, practical explosions, no shaky cam and plenty of shoot outs. You also have the stunning Paula Patton naked, which is an added bonus.

The story has plenty of twists and turns and although there isn’t much action for the first 20 minutes, the script is so good that you won’t even notice. I found myself smiling from beginning to end because screenwriter Blake Masters clearly understands what it is about the genre that is so great and gives action fans exactly what we’d want to see.

It has a cool score with twanging guitars and it also reminded me a bit of the music to Ocean’s 11; just… cool.

I’m pleased to say that 2 Guns is also rated R with plenty of violence, but nothing overly gratuitous and the tone is spot on. There isn’t so much humour where it would become a farce, but there’s enough to keep it entertaining and fun.

Admittedly it’s nothing world-changing in terms of originality and the pacing in the first half is a little off, but like I said, the script is so good and the characters are such fun that you won’t really care.

Overall, if you’re looking for an R rated, old-school buddy movie then look no further because 2 Guns will be in my top ten movies of 2013. One of the best action movies of the year.