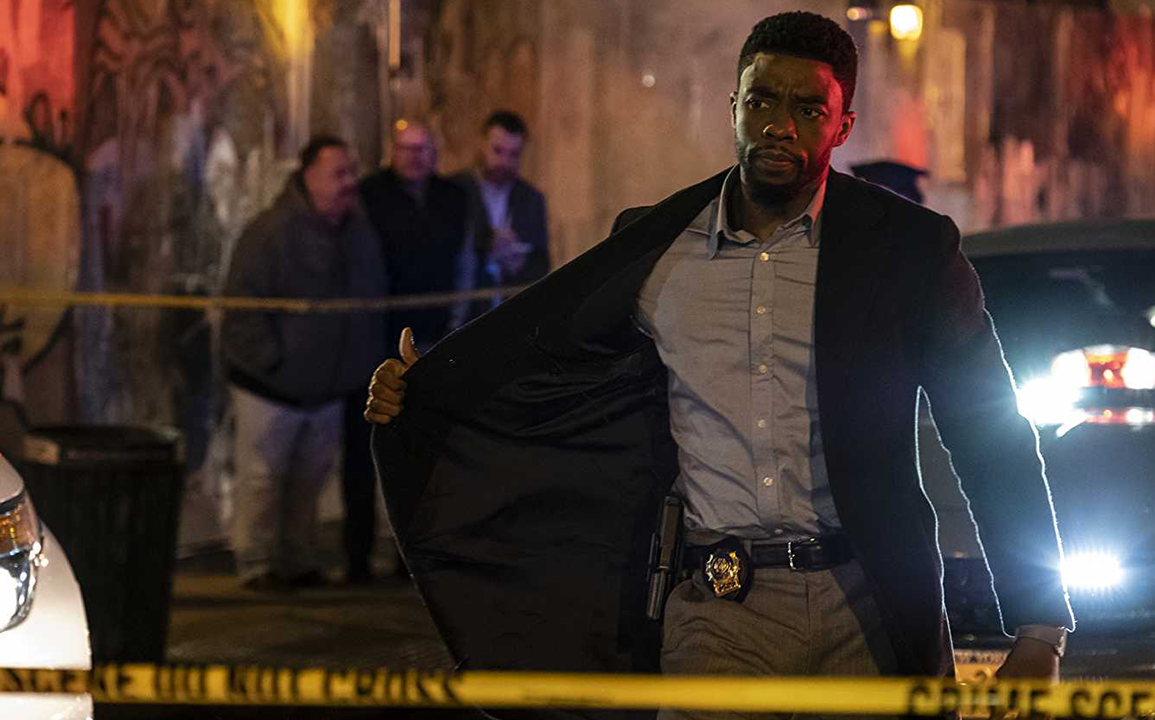 21 Bridges is a kick ass ride with some epic shoot-outs and a top notch cast. It is packed with tension and also has a sense of scale with an excellent music score.

Plot: After uncovering a massive conspiracy, an embattled NYPD detective joins a citywide manhunt for two young cop killers. As the night unfolds, he soon becomes unsure of who to pursue — and who’s in pursuit of him. When the search intensifies, authorities decide to take extreme measures by closing all of Manhattan’s 21 bridges to prevent the suspects from escaping.

Review: I adore movies like this; gritty cop actioners with great characters, plenty of R-rated action and a grade A cast that includes Chadwick Boseman, JK Simmons, Tayler Kitsch and Keith David. 21 Bridges also has a fun concept; all bridges to/from Manhattan are blocked by police after two robbers leave 7 cops dead causing a manhunt like no other.

Chadwick Boseman is the lead detective on the case who has a reputation for pulling the trigger and asking questions later but when this robbery may not be exactly what it seems he wants to take the suspects alive to find out what’s really going on. He’s a good cop and it’s in his D.N.A.

21 Bridges is the perfect length at just under an hour and 40 minutes and I wish more films could be as tightly paced. Around 10 minutes in there is an impressive shoot-out and there are several throughout; there is no shortage of action, but we still manage characterization even for our villains so it’s a well written tale.

Taylor Kitsch was practically unrecognisable, but I love watching him on screen and frankly his hair was really cool in this movie. He’s a nasty piece of work and yet his loyalty to his friend makes you almost empathize with him. I also didn’t even know that was Sienna Miller until the end credits and she gave one of her best performances to date.

It’s definitely the season for focusing on police corruption and I think this would make a good double bill with Black and Blue. 21 Bridges isn’t overly preachy but it definitely has something to say without ramming its message down your throat.

It’s large in scale and clearly has a budget and even the music score sounds epic and one of the better soundtracks I’ve heard from this year.

The acting is all first rate and for the most part it will have you on the edge of your seat however, there aren’t really many surprises. You can work out early on who is going to be good/bad guys but it’s all satisfying stuff and much better than the awful poster tagline would have you believe (see below).

Overall, 21 Bridges is one of the year’s best action movies with some spectacular shoot-outs and a great lead in Chadwick Boseman. Some of it is predictable but the cast are all excellent so this gets a thumbs up from me.