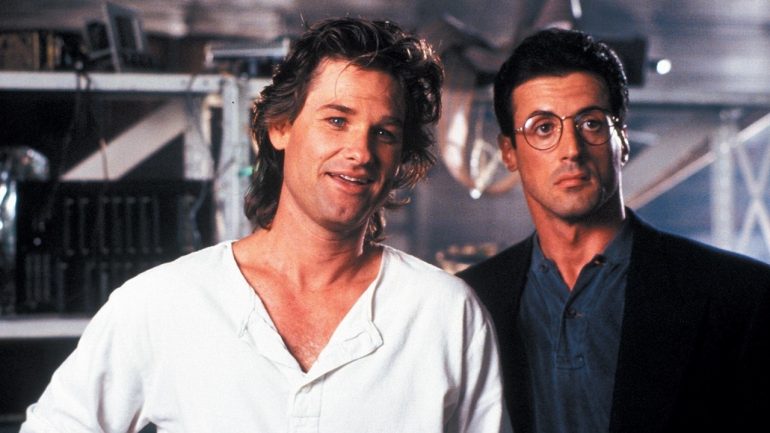 Plot: Police officers Ray Tango (Sylvester Stallone) and Gabe Cash (Kurt Russell) are narcotics experts working to bring down drug lord Yves Perret (Jack Palance). In an attempt to stymie their efforts, Perret sets up Tango and Cash, making it look as if they’ve killed an FBI agent. Arrested and put in prison, the two cops formulate an escape plan and, once out, team up with Tango’s exotic dancer sister, Katherine (Teri Hatcher), in order to clear their records and take down Perret once and for all.

Today is the 30th anniversary of Tango & Cash so I thought it’s the perfect time to revisit it.

When you think of “buddy movies”, you normally think of Lethal Weapon or Bad Boys but I think Tango & Cash doesn’t get nearly enough love. Sure, we action fans have a blast with it but critics at the time called it “brutally violent”. Pussies. The violence in this movie is all completely cartoonish and that’s really the tone of the film; it’s harmless fun and is really just an excuse for Sylvester Stallone and Kurt Russell to trade one-liners.

Stallone goes against type and plays a suit wearing, suave cop who always gets results and Russell plays the gruff tough guy cop who also gets results; so throughout the movie they constantly bicker about who is the better cop and are basically friendly rivals. When they are set up by Yves Perret they are sent to jail and are forced to work together to break out and clear their names.

I’m a huge fan of Jack Palance and he was always great to watch although I find his character is underused and therefore he’s not all that memorable. The story isn’t anything we haven’t seen before but it doesn’t matter as the movie isn’t trying to win awards here; what it does do is provide us with numerous punch ups, shoot-outs and badass one-liners to be a classic of the buddy genre.

This is also one of the rare occasions where you will get to see Kurt Russell dressed up in drag which is as hilarious as it sounds and lets you know that this is not a movie to be taken seriously. Stallone even pokes fun at his tough guy image with the Rambo reference in the opening scene.

I always really enjoyed the score to the film which was jaunty and had one of those ear-worm main themes that sticks in your head; it’s very 80’s sounding now but I still like it.

There’s a few quality supporting cast members to keep an eye out for as well; the late Brion James who was a mainstay of the action genre in the 80’s and 90’s before sadly passing away in 1999. The movie also has James Hong and one Robert Z’Dar who you’ll remember from the Maniac Cop films.

Aside from the cast and the action we all know that the armoured van is the coolest thing about the film and really it’s just an all out male fantasy; the added bonus of Teri Hatcher doesn’t hurt either.

Overall, Tango & Cash is a classic buddy movie with plenty of action, a stellar cast  and some awesome one-liners. Sure it’s very 80’s now and the villains aren’t that memorable but it’s still a load of fun.