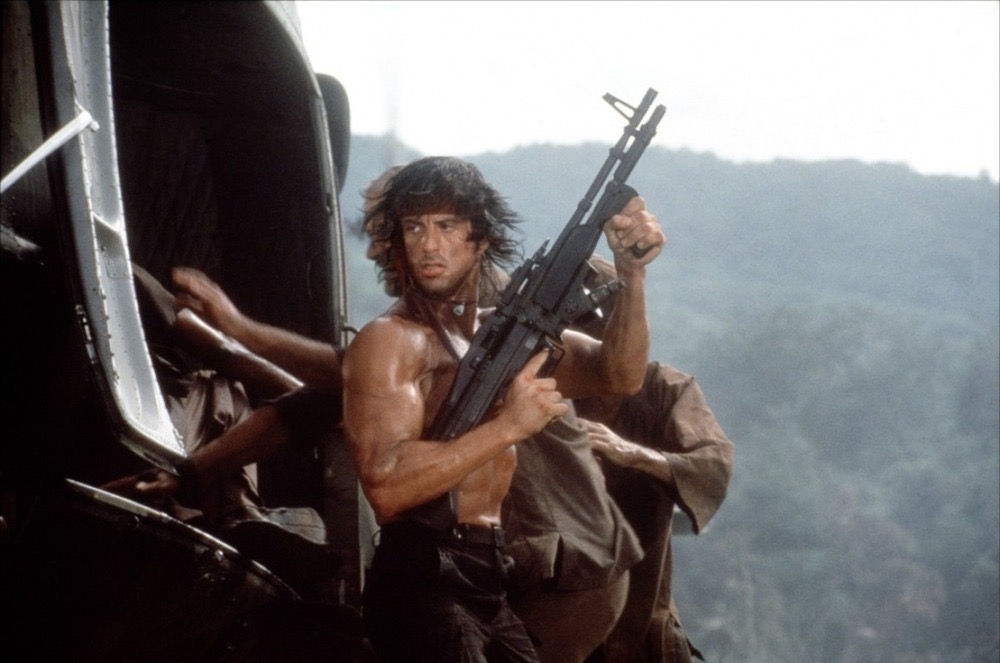 Today is the 34th anniversary of Rambo: First Blood Part II and as I’ve never reviewed it then I feel I should pay tribute as it’s always been my favourite of the series; First Blood may be the best made and a favourite amongst fans but Part II is my personal number 1 due to how badass John Rambo is in it.

The final half hour is action nirvana and there is no other moment that matches “Murdoch, I’m comin’ to get you!” in the series which is one of the best “Fuck Yeah!” scenes of all time. When Rambo becomes the one man army from this point on he is an unstoppable killing machine giving America the ultimate wish fulfillment and is one of the top action scenes of all time.

I hate the way people tend to look down their nose at this film as it’s everything an 80’s action flick should be with larger than life characters, huge set-pieces and a bodycount surely in the hundreds.

Not only does it have incredible action scenes but we’ve got a great villain in Steven Berkoff who is suitably menacing and cartoonish as Podovsky; then we have Martin Kove from Karate Kid fame as the two-faced American soldier Ericson who abandons Rambo behind enemy lines. Charles Napier had a long and varied career and yet to me Murdoch will always be one of his most iconic roles as he’s just such a total slimeball with no redeeming qualities. I love every moment he is on screen.

Despite being more of an all out action flick than the first film there is still the political element with Rambo standing up for all the POWs left behind after the Vietnam war.

Stallone makes John Rambo more of an invincible action hero but that’s just fine by me and why I love it so much. Endless ammo, the bad guys can’t aim for shit and Jerry Goldsmith’s epic score has never sounded more heroic.

After 34 years Rambo: First Blood Part II is a classic action flick and one of my favourite moves of all time; in fact, I feel like I need to rewatch it ASAP. Bring on Last Blood!