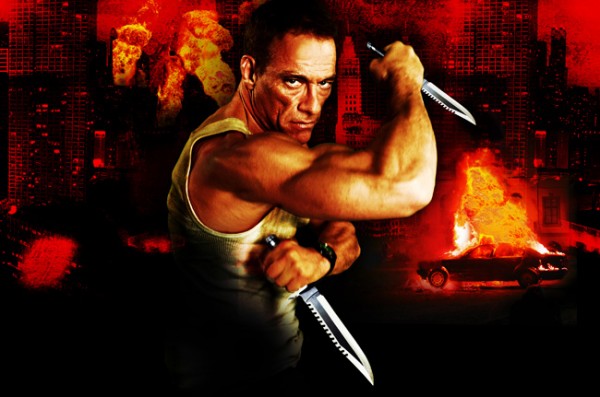 I have to say that 6 Bullets is yet further proof that Straight to DVD movies are where real action fans can find the movies we’ve been waiting for. It’s one of the best films JCVD has done in recent years and will easily make my top ten of the year.

Plot: An ex-mercenary known for finding missing children is hired by a mixed martial arts fighter whose daughter has been kidnapped.

Review: 2012 is definitely the return of Jean-Claude Van Damme, with The Expendables 2 and 6 Bullets, one thing is for certain; Van Damme is back and better than ever!

Van Damme is on career best form in this movie and I found myself genuinely moved in places. His character is a borderline alcoholic riddled with guilt and self doubt after a botched mission. When the family first come to him asking him to find their daughter, he is at first reluctant and feels he would only fail them. He is haunted by the ghosts of the victims he couldn’t save; we all know however that he HAS to help them find this child for his own catharsis and redemption.

When dealing with this subject matter (Human Trafficking), you’re not about to have one-liners and humour every 2 seconds as that would have been crass. The approach is intelligent, well paced, serious and there frankly wasn’t a single bad line of dialogue in it. The opening 10 minutes are almost unbearably tense and more than a little disturbing. Fear not though, there are no rape scenes in the movie; like Taken you don’t need to see anything and it’s all left to the imagination.

The bad guys don’t even need to do anything; as soon as you know they are traffickers, you immediately want them dead.

The direction was slick with great action scenes, although I was disappointed that Van Damme doesn’t get to have a one on one fight with anyone at the end. The man is in his 50’s now though, so it’s refreshing to watch him do something different. He still kicks plenty of ass and fans will not be let down.

One of the biggest surprises in the movie was Joe Flanigan who was great as the desperate father willing to do anything to get his daughter back. He definitely has the potential to become the next big action star.

The acting in general was excellent and like I said before JCVD gives a great performance. There’s an excellent scene where he is having an argument with his son (Real life offspring Kristopher Van Varenberg) after another mess of a job. Van Damme is screaming at him and storms off into the back room and grabs his bottle of Vodka, he breaks down in tears and you really feel for him; he’s genuinely in a personal Hell and you root for him right until the end. Speaking of the end, the last line of the movie is awesome…

One of the stand out areas of the movie was the score by Neal Acree; which really added to the sleazy atmosphere but was never overly intrusive.

Overall, I have to say that 6 Bullets is yet further proof that Straight to DVD movies are where real action fans can find the movies we’ve been waiting for. It’s one of the best films JCVD has done in recent years and will easily make my top ten of the year. Check it out and support real action!