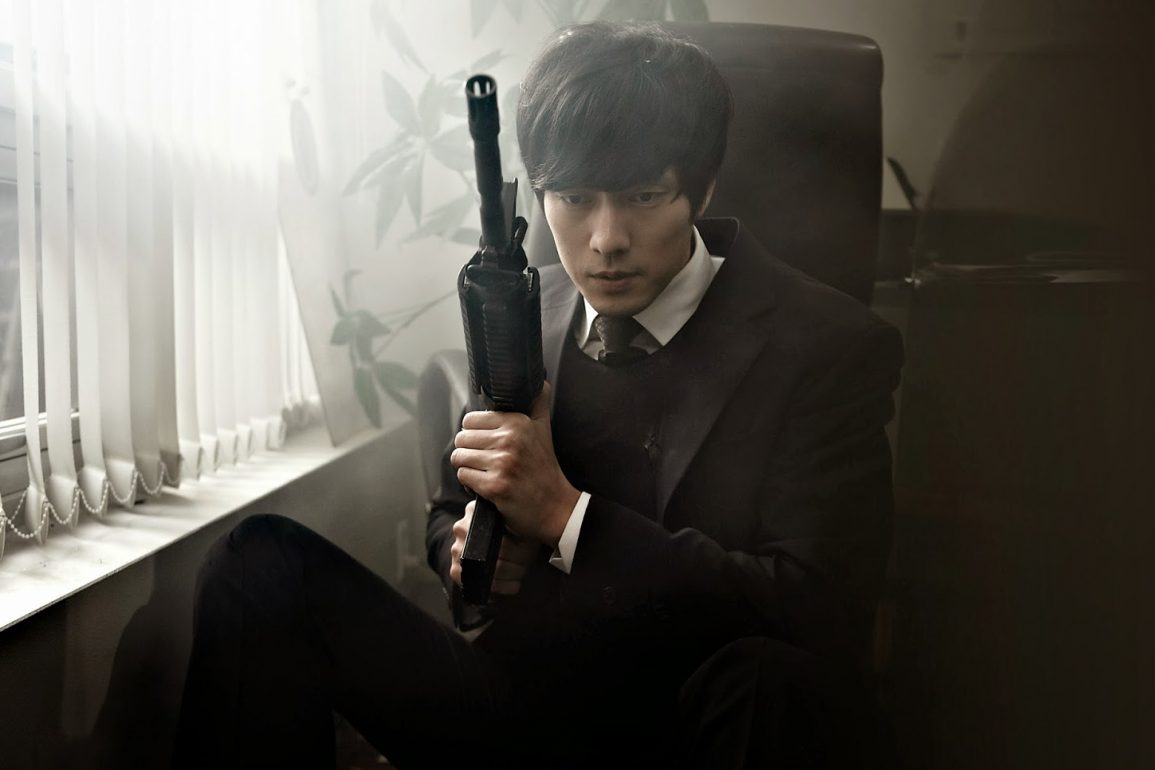 A Company Man wins no points for originality but as any assassin would say, it’s all in the execution. We have an interesting leading man and satisfying action scenes that makes this a fun watch on a Saturday night with more depth than your average actioner.

Plot: A faded pop star (Lee Mi-youn) gives a contract killer (So Ji-sub) a reason to want to quit the assassination business.

Review: A Company Man is another entertaining Korean actioner and although it’s not quite as awesome as The Man from Nowhere there’s still plenty to enjoy. This isn’t just an action movie but actually has something to say about the world we live in and how many people do their jobs but never wonder what they’re working for or why.

So many of us just go to work just because “it’s a job and makes me money” without ever really asking why you do it and how it fulfils you.

Our protagonist Ji Hyeong-Do (So Ji-sub) works in a lifeless office like the majority if us, except this office has much more under the surface. So Ji-sub and the other employees are in fact contract killers who must all do their best in order to avoid “unemployment”.

When So Ji-sub befriends an ex-singer, he discovers that there is more to life than just work, so he wants out. Of course things don’t go to plan and he quickly faces “unemployment”.

The story is like a million other hitman with a heart tales and it also doesn’t have really big action scenes; this works to its advantage though as we get time to know So Ji-sub and care for him and the other characters.

Ji Hyeong-Do gives a restrained performance as a man who really has no problems taking lives as it’s essentially just a job. He rarely shows emotion and hardly speaks throughout and yet we still are on his side.

You can see where the plot is going from near the start though so it doesn’t really pull any surprises but the fight scenes are well shot with fluid camera work and a realistic look. There aren’t any overly flashy martial arts moves but just people who are trained to survive and will do whatever it takes in order to do so.

The final 20 minutes have some excellent action scenes and the movie in general is thoroughly satisfying.

Overall, A Company Man wins no points for originality but as any assassin would say, it’s all in the execution. We have an interesting leading man and satisfying action scenes that makes this a fun watch on a Saturday night with more depth than your average actioner.