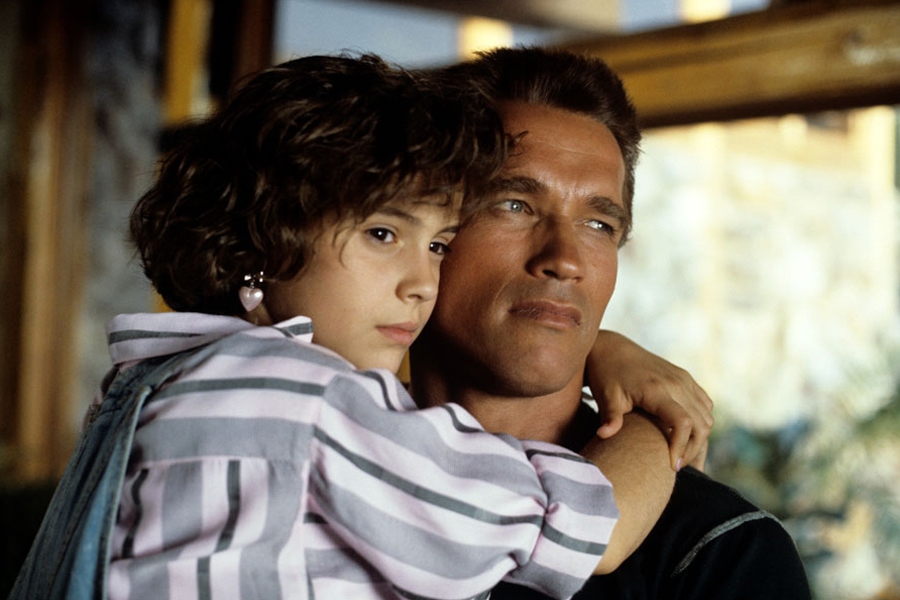 Today is Father’s Day in case you didn’t already know and although there are tons of great action movie fathers, I wanted to tip my oversized novelty cowboy hat to John Matrix played by the legendary Arnold Schwarzenegger in the classic 1985 actioner Commando.

In Commando Retired Special Forces soldier John Matrix (Arnold Schwarzenegger) lives with his daughter Jenny (Alyssa Milano) in isolation, but his privacy is disturbed by former commander Franklin Kirby (James Olson), who warns him that his fellow soldiers are getting killed one by one. After Kirby leaves, Jenny is kidnapped by former Latin American dictator Arius (Dan Hedaya), who wants Matrix to restore him to power. Instead, Matrix sets out to take down the rogue leader and rescue his daughter.

Arius is helped by Matrix’ former comrade Bennett (Vernon Wells) who really seems to be in love with Matrix but also wants him dead.

Bennett and Arius will soon realise what a terrible mistake they have made as they have pissed off a man who eats green berets for breakfast… and he’s very hungry.

So Matrix goes into one man army mode and goes after the bad guys to rescue Jenny.

He apparently kills around 87 people in order to save his little girl; if that’s not love I don’t know what is.

Happy Father’s Day to all you action hero dads!