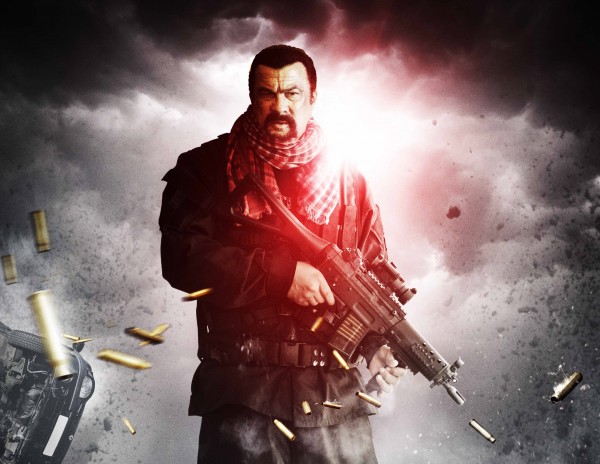 A Good Man is a pretty decent Seagal movie and he actually finished the movie so there was no noticeable voice-over either. It’s a little slow in places and Seagal is in a smaller role but it still packs a punch and is a fun throwback to the old-school action genre we love.

Plot: After an illustrious special ops career ends in disaster, Alexander (Seagal) goes off the grid and attempts to lead a quiet life as a handyman at an apartment complex. But when one of his tenants and her family fall under the thumb of a Russian gangster, Alexander is dragged into an all-out war between rival Chinese and Russian gangs; forcing him to not only defend the family, but bringing him face to face with an old foe, and giving him one more chance to reconcile his past.

Review: Say what you will about Steven Seagal, but one thing he deserves props for is keeping the old-school action genre alive. While other action stars have tried to adapt to modern audience tastes, Seagal is happy to play the same character in pretty much all of his films but in this case, that’s no bad thing.

He’s actually more of a supporting character in this where the real star is Victor Webster (Continuum) who really steals the movie. He has real charisma as soon as he walks on screen and he has some pretty decent fight scenes too. At first I thought he was going to be the main villain of the piece but his character Sasha is a bit more complex. Keep an eye on Webster’s career as he definitely has action star potential; his next movie is the upcoming Scorpion King 4.

A Good Man is actually a little slow in places and it does take a while to really get going; also, can we please stop shooting movies in miserable looking locations? Every action movie these days seems to be shot in countries where the sun never shines.

Like I said, Seagal doesn’t really do much in this movie except growls with his fake Louisiana accent and wear a leather jacket. I love how there is a sex scene in it and the girl takes her top off but Seagal still has the leather jacket on. Hey it’s cold, OK?

His appearance in general is pretty comical as he wears shades for pretty much the entire movie; maybe he lives in The Matrix…

Despite that, Keoni Waxman seems to get the best out of Seagal and I enjoyed their last collaboration (Force of Execution) a lot too. Although the action is low key and is mostly hand to hand combat, that suits me just fine; I’ll take that over exploding cities any day.  The fights are well done, with no shaky cam and dare I say it, that doesn’t look like CG blood either.

Story-wise it’s not all that new but the characters were interesting enough that it kept me watching. The villains were pretty generic Eastern European guys who we see in pretty much every indie action movie these days, but they do the job.

Overall, A Good Man is a pretty decent Seagal movie and he actually finished the movie so there was no noticeable voice-over either. It’s a little slow in places and Seagal is in a smaller role but it still packs a punch and is a fun throwback to the old-school action genre we love.