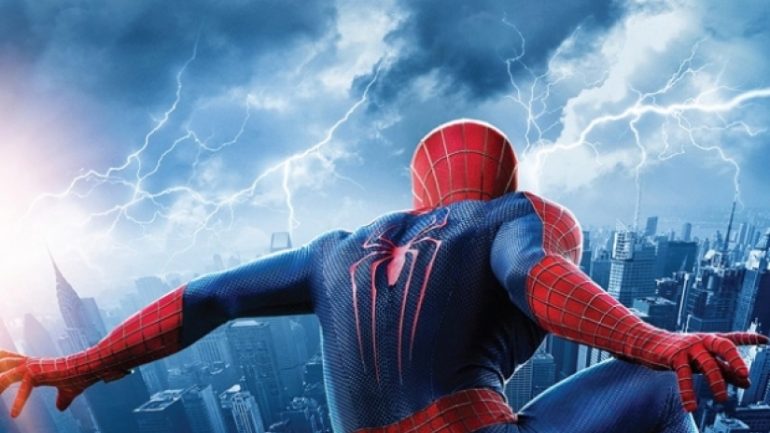 The Fantastic Four, released in the year 1961 changed the way we looked at comics and would pave the way for future heroes most notably Spider-Man who made his first appearance in 1962. There had been attempts at making Spidey movies (and there were some poor made for TV flicks in the 70’s) but a big blockbuster version never came to fruition  until Sam Rami took the reigns in the 2001 movie.

As much as we enjoyed Spider-Man when it was first released I have to admit that Andrew Garfield embodies everything about the character; we finally get to see the comedic superhero that Tobey Maguire never was. Garfield is incredibly likable and he has genuine chemistry with Emma Stone who plays love interest Gwen Stacey. The fact they are together in real life probably adds to that too. This movie really focuses on their relationship and the friendship between Peter and Harry Osbourne.

Added to that, we also get Jamie Foxx as Max/Electro and I don’t mind saying he nearly stole the movie. Max is at first a pathetic nobody who people tend to ignore; when he falls in a tank of electric eels (as you do) he transforms into Electro who is one of the coolest looking villains I’ve seen for a while. The make-up and special effects are pretty impressive and not quite as video-gamey as I first thought.

My main problem though, was that he wasn’t in it enough; with Harry’s subplot and Peter/Gwen’s relationship woes, Electro is almost an afterthought whereas he could have been the one and only villain required for the movie. This is sadly another case of too many villains, which drags the running time out much longer than it needed to be.

You could easily have introduced Harry (Dane DeHaan) in this movie and developed his character more and in the next movie have him become the Green Goblin. The thing about DeHaan is, he already looks evil so it’s kinda difficult to have any sympathy for him at all. As soon as he comes on screen you’ll think “Well, you’re obviously gonna go bad”.

We also get a small role from Paul Giamatti as The Rhino who is also under used but it looks like he may have a bigger role in part 3.

With all of these characters it also causes a bit of a pacing issue with a rather dull mid-section taking away from what could have been awesome superhero action.

That’s not to say there isn’t some great action; the battle in Times Square was the best scene of the movie where Electro and Spidey go toe to toe for the first time. It has a great bullet-time effect, which although it would have been cooler 10 years ago, was still impressive.

Hans Zimmer and The Magnificent Six provide the score which is refreshingly different; Electro’s music manages to sound like an electrical current being thrown around which obviously works perfectly for the character.

The finale just feels like it’s setting up future movies and doesn’t really have much resolution; I have to say though that I did tear up at a certain scene… it was something in my eye, OK??!

The fact that I cared though showed that I was emotionally engaged in the story, so it obviously had been doing something right and Peter/Gwen are incredibly sympathetic.

To conclude, The Amazing Spider-Man 2 has some spectacular action, great special effects and an entertaining (if underused) villain in Electro. It’s just a shame that it ends up feeling bloated and would have worked better as two separate films. If you are looking to purchase the movie then you can get DVDs at a reasonable price here and watch it again and again.