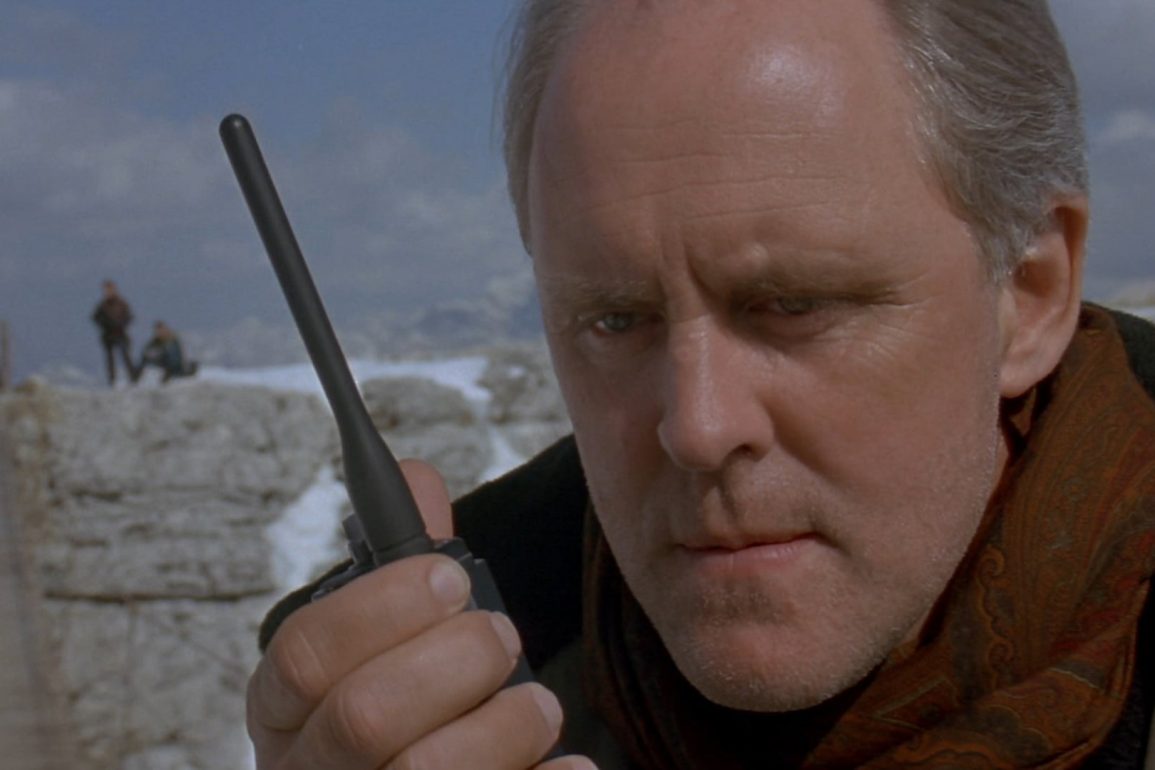 A Tribute to Eric Qualen & “Friends”

The Sylvester Stallone classic Cliffhanger was on TV the other night so naturally I had to watch it even if the swearing was cut out; I always find it funny how they will show violence but heaven forbid someone says a bad word.

Anyway, despite Stallone’s awesomeness for me it’s the villains who steal every moment of Cliffhanger, namely John Lithgow as the big bad Eric Qualen. He was a former military intelligence member turned thief who leads a band of international thieves to steal $100 million dollars from a U.S. Treasury transport plane flying over the isolated Rocky Mountains during a daring midair heist. Things don’t go to plan and the plane crashes spreading the money in suitcases over the mountains. So it’s up to Qualen and his band of mercenary assholes to try and retrieve them with the help of Gabe Walker (Stallone) and his ex-best buddy Hal Tucker (Michael Rooker).

Lithgow’s (English) villain is a sneering, smug nasty piece of shit and frankly I’m getting angry just thinking about him. His crew aren’t much nicer especially Travers played by Rex Linn AKA Frank from CSI Miami… YEAAHH!!!

Travers is always shouting and must have quite high blood pressure as he’s just an angry dude who likes to say “God dammit” a lot.

They are quite a stressed bunch as they try to find their money while killing anything that moves in the process notably campers, harmless old men trying to help them and most importantly each other.

Qualen cares about no one; he just wants his money and by the time this is over he’ll even shoot his missus claiming “Do you know what real life is?… Sacrifice.”

Interesting sidenote: I came up with the “Sue Me” articles on this site after watching this movie a while back after Qualen said it.

It’s not just Qualen who is nasty though; Kynette (Leon) is pretty vicious but thankfully his death is satisfyingly violent.

Take that, motherfucker! Man, that was awesome.

Then you’ve got Delmar (Crag Fairbrass) who is an English football thug and I think I hate him even more. He has a great beatdown with Hal with his classic “Do you like Soccer?” speech which ends with the even better “Season’s over, asshole!” before he is disposed of.