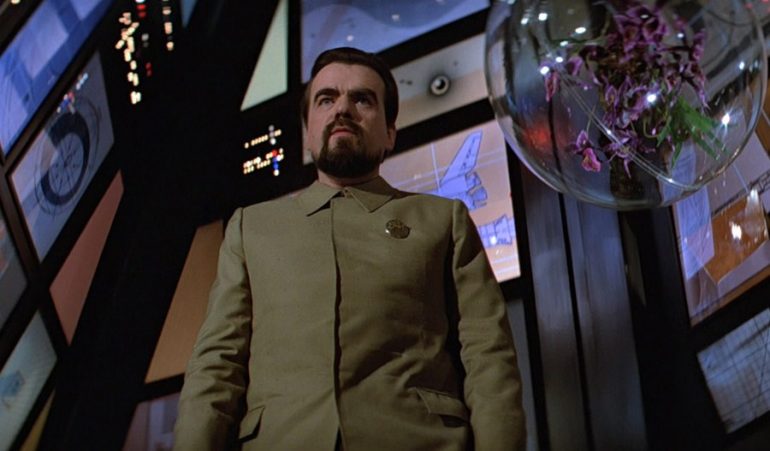 A Tribute to Hugo Drax

We all love Ernst Stavro Blofeld and Auric Goldfinger but personally I’ve always had a soft spot for the villain Hugo Drax (Michael Lonsdale) from the hilariously awesome Moonraker starring Roger Moore.

As with the majority of the Moore films Moonraker is played for laughs and always entertaining; the fact that Bond teams with a CIA agent called Dr. Holly Goodhead (Lois Chiles) is 007 at his finest.

Sometimes there are villains you despise and count their seconds until their demise (hey, that rhymed!) but with Moonraker’s Hugo Drax I actually wanted him to win.

Drax’s plan is to destroy the entire human race except for a small group of carefully selected humans, both male and female, that would leave Earth on six shuttles and have sanctuary on a space station in orbit over Earth.

I totally would have joined his insane plan just because he was one of the few bad guys who could out-quip James Bond.

There are almost too many great lines to mention but here are some of my favourites from Mr. Drax:

“Mr. Bond, you defy all my attempts to plan an amusing death for you.”

“Look after Mr. Bond. See that some harm comes to him”.

“At least I shall have the pleasure of putting you out of my misery. Poor, desolate Mr. Bond.”

“Allow me to introduce you to the airlock chamber. Observe, Mr Bond, your route from this world to the next.  (Opens airlock door) And you, Dr Goodhead, your desire to become America’s first woman in space will shortly be fulfilled”.

“You have arrived at a propitious moment, coincident with your country’s one indisputable contribution to Western Civilization: Afternoon tea. May I press you to a cucumber sandwich?”

“Even in death, my munificence is boundless. When this rocket lifts off, I shall be leaving you in your own private crematorium. Mr. Bond, Dr. Goodhead, I bid you – farewell.”

My personal favourite line from any villain in the history of 007: “James Bond. You appear with the tedious inevitability of an unloved season”. The fact that he half laughs while saying it makes the line all the more humorous.

So a tip of the hat to Hugo Drax and his madcap scheme; he remains one of my favourite Bond villains and always will.