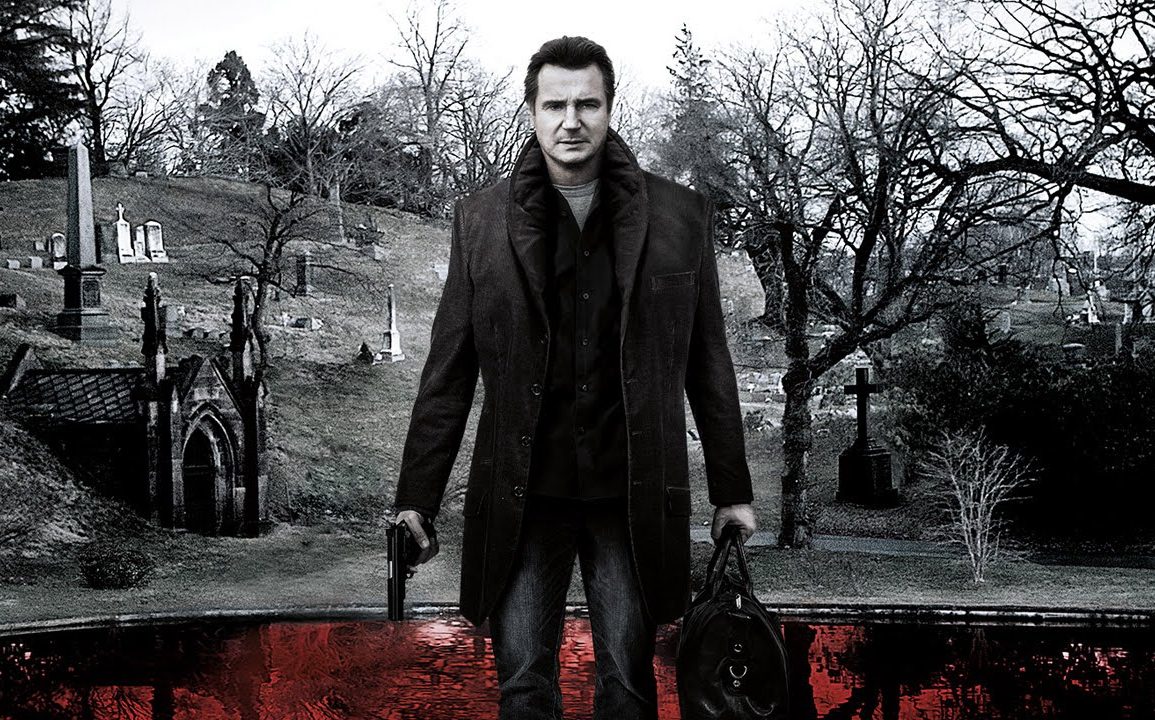 A Walk Among the Tombstones (2014) Review

A Walk Among the Tombstones is a refreshingly adult-oriented crime thriller with plenty of tension, disturbing moments and first rate performances.

Plot: Private investigator Matthew Scudder is hired by a drug kingpin to find out who kidnapped and murdered his wife.

Review: Liam Neeson is back but is he doing what he does best? Well, if you’re looking for a Taken-style action movie then you’ll be disappointed as it isn’t that kind of story at all. A Walk Among the Tombstones is a brooding detective story with Neeson investigating the disappearance of a drug dealer’s wife.

It’s more of a slow-burn thriller and isn’t exactly action-packed but it’s certainly engaging with Neeson on fine form and two rather deranged villains.

Despite the dark premise and (mostly) sombre tone there is some humour in the film and sometimes it jarred more than made me smile. It took away from some of the impact in what should have been an incredibly disturbing film.

Don’t get me wrong, there are still some dark moments and it’s definitely not a date movie but some of it just didn’t work.

The biggest gripe was the kid TJ; he added nothing to the story and you felt like he was tacked on just to try and make it more commercial. You could have removed every scene with him in it and it would have been a better film.

Now that I’ve got the negatives out the way, what was so good about it? The performances all round were excellent and Neeson gives his all as Matt Scudder; a man haunted by an event from 8 years earlier. I won’t say anything and spoil it for you though and just say that as always you are 100% on his side. He does have some great lines and a couple of bad ass moments but it’s mostly him conducting an investigation.

I also really liked the story and thought it was unpredictable from start to finish; the identity of the kidnappers/killers isn’t a secret so it isn’t a “whodunit”, more of a “how do we stop them from doing it again?”

It gets incredibly tense in places and because the villains are so damn creepy, every moment they are on-screen makes your skin crawl.

I liked how the score was practically non-existent too and especially during the opening scene, the lack of music made it more impactful and realistic.

Overall, despite a rather uneven tone A Walk Among the Tombstones is a refreshingly adult-oriented crime thriller with plenty of tension, disturbing moments and first rate performances.