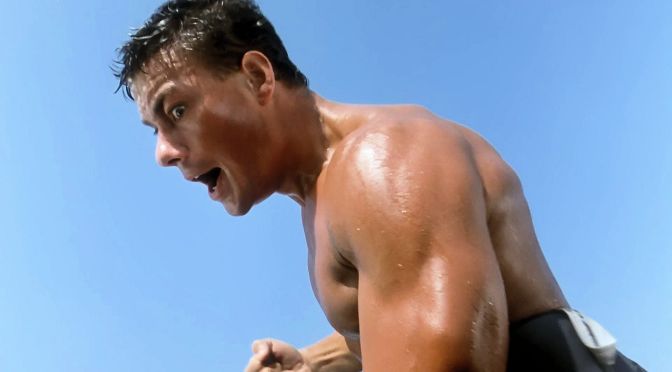 Today is the Muscles from Brussels birthday so I thought I would take a quick look back at a project of his that never got made. There are tons of Van Damme movies that never saw the light of day like The Monk, Kumite and many more however, remember way back in 1995 Variety announced that Jean-Claude Van Damme was going to star in a movie called Abominable? It was going to be JCVD’s first foray into horror and to this day I’m sorry we never got to see it. Information is very scarce on the project other than the article from Variety (below).

Get ready, Yeti! Jean-Claude Van Damme is coming to Tibet.

Universal Pictures has purchased the action-adventure script “Abominable” for producer Moshe Diamant (“Time Cop”). The Muscles From Brussels is attached to star in the project that would pit the action star against the Abominable Snowman.

Written by Troy Neighbors and Steven Fienberg, the script tells the story of a United Nations task force investigating the mysterious disappearance of Red Cross workers in the Himalayas. Needless to say, they encounter more than soldiers from the People’s Republic of China.

Neighbors and Fienberg, who have been writing partners for nine years, are best known for Dimension Films’ “Fortress,” which starred Christopher Lambert as a prisoner in a futuristic penal colony.

Chances are “Abominable” will not get under way anytime soon, as Van Damme has several commitments to fulfill before his next open slot. He’s putting the finishing touches on his directing debut, “The Quest,” and in February is scheduled to start work on the thriller “The Colony.”

I had heard that Renny Harlin was set to direct the feature but its budget was going to be around $80 million so it never got made. Anyone know any more info on this project?