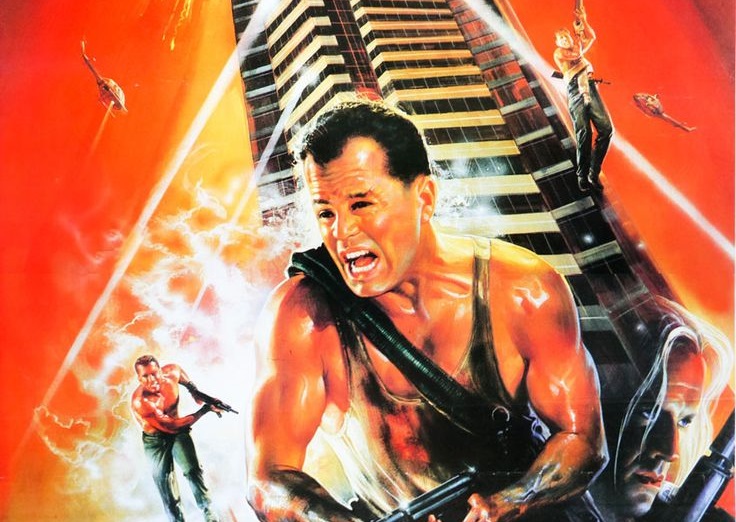 Action Movies That Turn 30 This Year

1988 was a damn fine year for action cinema and may be one of my personal favourite years for movies so let’s take a quick look at some of the highlights.

This was the year we were introduced to one John McClane and made Bruce Willis a household name with the smash hit Die Hard from director John McTiernan. It gave us one of the best villains of all time with Alan Rickman (RIP) nearly stealing the show as Hans Gruber.

A pony tailed action star called Steven Seagal ran like a girl onto screens and gave us Above the Law which may well be his best film to date.

Sylvester Stallone returned as John Rambo in the awesome Rambo III which didn’t do much box office at the time but has grown quite the following since.

As stated in my versus blog last week Young Guns also turns 30 this year and was one of the best Westerns of the 80’s… actually one of the only Westerns but let’s not split hairs.

John Carpenter gave us They Live which is arguably even more relevant now with its anti-consumerism message and it still has one of the all-time great fist fights.

Robert De Niro said “fuck” a lot in the hilarious Midnight Run where he played a bounty hunter hired to locate a mob accountant named “The Duke” (Charles Grodin) and bring him to L.A.

Jackie Chan gave us the classic Police Story 2 which as you can imagine had some stunning action scenes and remains a classic of the genre.

Clint Eastwood returned as Dirty Harry one last time in The Dead Pool which also gave us a young Jim Carrey of all people.

Dolph Lundgren starred as a Soviet Special Forces soldier in Red Scorpion which is one of his finest hours with an action-packed finale. Fuckin A!

Ron Howard also gave us the fantasy action classic Willow which remains a personal favourite of mine… actually most of these movies are.

Chuck Norris was back as Braddock in Missing in Action III which is a massively entertaining entry to the series but he also did Hero and the Terror which wasn’t an amazing movie but had its moments.

Michael Dudikoff starred in Platoon Leader which I stand by is an underrated movie and it’s great to see it got such a nice Blu-ray upgrade recently.

Charles Bronson was back this time in Messenger of Death from Cannon films; marketed as a Death Wish style movie it was really quite different but still awesome.

Carl Weathers became Action Jackson who always liked to check how people like their ribs, which I thought was very considerate of him…

My fingers hurt now but you get the point; 1988 was a vintage year for movies and frankly had a far more interesting variety than this piss boring year.