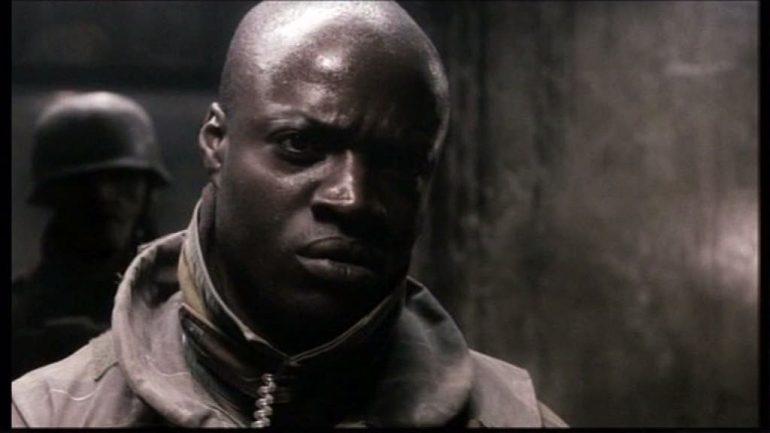 London born actor Enoch Frost has appeared in many very recognizable films including Guardians of the Galaxy, Sniper: Ghost Shooter and Skyfall. His latest project is Chris Bouchard’s crime caper London’s Finest, (https://www.amazon.com/Londons-Finest-Nathanael-Wiseman-Alldridge/dp/B07196LCHF) for which he plays Tony, a Welsh Jamaican drug dealer.  The film is being released today on VOD by Gravitas Ventures, so we decided to speak with Enoch about his experience making London’s Finest. Read the full interview here:

-Can you tell us how you got involved with London’s Finest?

I had been hunting for a lead role that would showcase my weapons training and skill with accents.  My agent’s assistant spotted the LF synopsis and script and told me it was worth considering even though there was no real money involved. I auditioned two or three times (difficult to remember exactly), first for Chris along with actor/producer Arin, and then in a group (read through) session with various other actors some of whom were already cast.

-Tell us about your character, Tony.

He’s a curious beast. Capable of extreme violence yet ebullient and occasionally compassionate with a penchant for smoking heroin.

-What was the biggest challenge of playing Tony in the film?

Remaining consistent with the accent, as the film shoot was staggered over almost 2 years.

-We heard that there was a lot of night shoots in some pretty bad areas to make it look authentic. Do you have any crazy stories that happened while on location?

I don’t think it ever got THAT crazy. Although there was obviously a fair amount of sleep deprivation. No doubt someone somewhere did something crazy but I honestly don’t remember that far back.

-In a sentence or two why should movie goers see this film?

It’s funny in parts with some genuinely original moments and a general feel that could possibly give it cult status in years to come.

-What was your experience like on Guardians of the Galaxy?  Did you have any idea that the film was going to blow up the way it did?

Guardians was unique from the beginning, almost as though someone knew in advance that it was going to be a massive hit. I was living 200km outside of London at the time and the production company sent me a full draft of the script via limo to my address in the countryside. I remember driving myself to the studio on my shoot days and having a driver sent to the carpark to pick me up in another limo and drive me 1km to the set! When there are that many limos involved in a job that also happens to be a Marvel ‘fan favorite’, you know something good may be on the cards.

-How does it feel to be part of one of the best Bond films (Skyfall)? Do you have a favorite memory from set?

My fondest memories of this job are manifold and mainly relate to the preparation. For the audition (after an initial meeting with the film’s casting director) I attended an unarmed combat, stunt and fitness bootcamp with 80 other actors, and was one of 8 who were selected and trained over a two week period by ex SAS along with the Bond stunt team. To receive this level of intense training was a compliment in itself and then to execute it on a set with Roger Deakins behind the camera and Sam Mendes calling the shots was icing on the cake.

-What are you currently working on?

Raising my 2 year old daughter… I have a new agent now and am ready to commit myself to another lead role. No doubt it will come knocking soon.