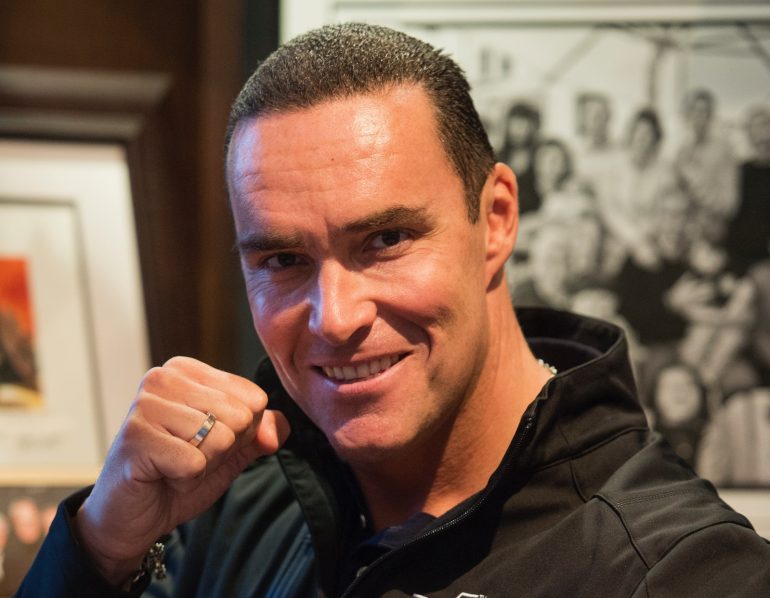 Alexander Nevsky’s career is going from strength to strength gaining many plaudits for his work in front and behind the camera on Black Rose (on Netflix), Showdown In Manila (Still on VOD and all the digital platforms) and Maximum Impact (to be released this fall). We’re delighted to announce that Nevsky is to receive the Action on Film (AOF) 2018 Break Out Action Star Award.

Check out details from the official AOF website: “One thing we attempt to do every year is to find some of the most qualified stars and entertainers in the world to bring to our audiences each season. This year our committee decided on the great Alexander Nevsky as our 2018 Break Out Action Star.

Festival Director Theresa Coscarelli said, ‘He’s handsome, talented, professional and he’s worked with top people in front of and behind the camera. What more could you ask for?’

Alexander Nevsky was born in Moscow. Graduated from Russian State University of Management. Later learned English at the UCLA and studied acting at Lee Strasberg Theater Institute in Los Angeles.
When asked to receive the award at the August 25, 2018 event which will be held in Las Vegas, NV for the second year after twelve seasons in Los Angeles. Nevsky said, ‘Thank you very much for that huge honor and I really look forward to attending your great Festival! Thanks for supporting independent action movies, can’t wait to show my film Maximum Impact to the real action fans at ACTION ON FILM!

Nevsky is a former amateur boxer and bodybuilder, he won Mister Universe title 3 times (at World Bodybuilding Federation / World Fitness Federation). He is a strong proponent of natural (drug-free) bodybuilding. He is an author of 9 successful books about fitness which were published in Russia. His new autobiography “Bodybuilding and other secrets of success” become a bestseller in Russia/CIS in November 2017.

Nevsky is established movie star and a household name in his home country. His TV show “Self Made Man” had an audience of about 50M people weekly on Channel One Russia in the 90s. He was featured in most of publications included The Hollywood Reporter Russia, Men’s Health Russia, GQ Russia, Playboy Russia etc. His first Hollywood film was Walter Hill’s Undisputed, his credits also included Somewhere by Sofia Coppola.

Nevsky produced 7 international action films to date (Moscow Heat, Treasure Raiders, Magic Man and Showdown in Manila among others). He made his directorial debut with an action thriller Black Rose which was a theatrical box office hit in Russia/CIS already and was released in North America by eOne / Sony. His upcoming projects include big budget action comedy Maximum Impact directed by Andrzej Bartkowiak (Romeo Must Die) and written by Ross LaManna (Rush Hour).”