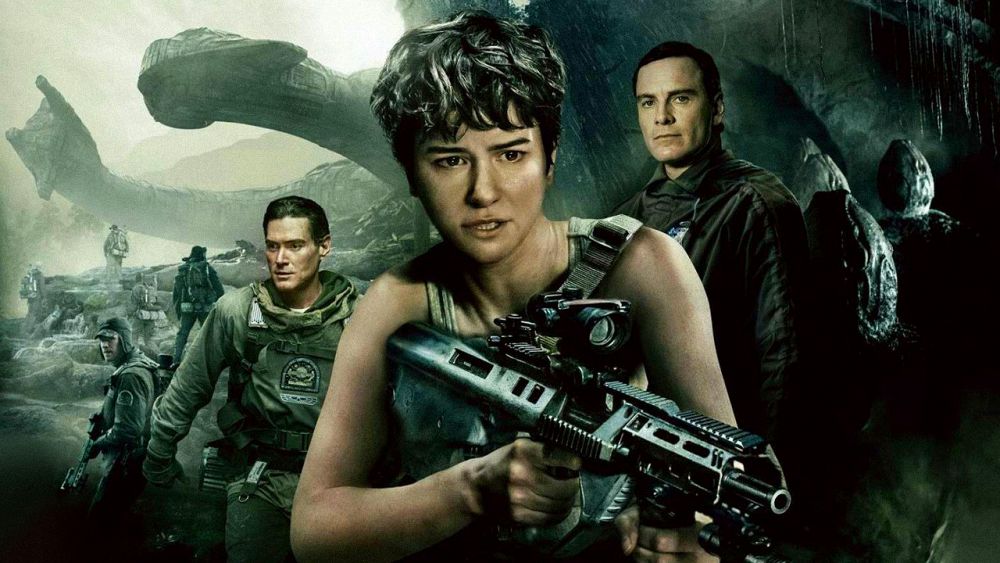 I think it’s time for Ridley Scott to leave the Alien universe alone as Covenant has some nice visuals but otherwise it’s forgettable stuff.

Plot: Bound for a remote planet on the far side of the galaxy, members (Katherine Waterston, Billy Crudup) of the colony ship Covenant discover what they think to be an uncharted paradise. While there, they meet David (Michael Fassbender), the synthetic survivor of the doomed Prometheus expedition. The mysterious world soon turns dark and dangerous when a hostile alien life-form forces the crew into a deadly fight for survival.

Review: The reviews for Alien: Covenant have been pretty mixed thus far with people stating it is far superior to the (now widely derided) Prometheus. At the time I actually enjoyed Prometheus because I knew going in that it wasn’t technically an Alien movie; it was beautifully shot, had a great score and the cast was first rate. You actually cared about Elizabeth Shaw (Noomi Rapace) who was a genuinely good and kind person who has to go through an absolute nightmare.

Sadly, the same cannot be said for Covenant which is arguably an inferior film in practically every way; sure, it eventually has the xenomorph doing what it does best but it’s just a damn shame that you can barely see what is going on a lot of the time. Now, maybe it was because we had some crappy seats in the theatre (Toronto traffic sucks!) but I could barely tell what was going on which wasn’t an issue I had with Prometheus. Even if you didn’t like it you can at least admit that it looked great where this movie for the most part did not. They did at least spruce up the CG which looked terrible in the trailers and was a lot better in the cinema.

My main gripe with this movie though was the sheer lack of tension or scares; the original Alien had atmosphere and intensity aplenty where it built up a sense of dread but at no point do you jump out of your seat watching Covenant. There were a few cool moments of gore and the final 40 minutes finally get some action but it takes a while to get there and the worst thing is that you don’t care about anyone. I had to look at IMDB to remember some character’s names because they didn’t make an impression at all especially the lead who was apparently called Daniels (Katherine Waterston); she is certainly no Ripley and by the time I reached the car after the movie I’d already forgotten all about her.

I never thought I’d say this but Danny McBride practically stole the movie as Tennessee who was pretty much the only person you nearly cared about in the movie and felt like a real person.

Michael Fassbender was clearly enjoying himself playing two roles (Walter and David) and he proves as a nice connection to Prometheus; his American accent is a little wonky at times but he is superb at playing cold and emotionless characters like David.

The score kept the main theme from the original Alien so the movie certainly feels like it takes place in the same universe  but the story just doesn’t do anything particularly interesting. Like Billy Crudup’s Captain Oram is apparently a “man of faith” despite the fact he never really displays any and has no real character arc. It’s all just padding until we finally get to see what we came for: exploding chests and heads. That’s one of the film’s strongest points is the gore and like I said the final act is pretty satisfying and paves the way nicely for the next movie.

Overall, if I were to describe Alien: Covenant in one word it would be “pointless” as it really offers nothing new and makes me wonder if they made a big mistake by ditching the Neill Blomkamp Alien movie as it sounded far more interesting but also would have brought back characters we give a shit about. If you hated Prometheus then you may enjoy this more as it’s pretty much business as usual and feels more like an Alien movie; just don’t expect anything Earth shatteringly different about it.